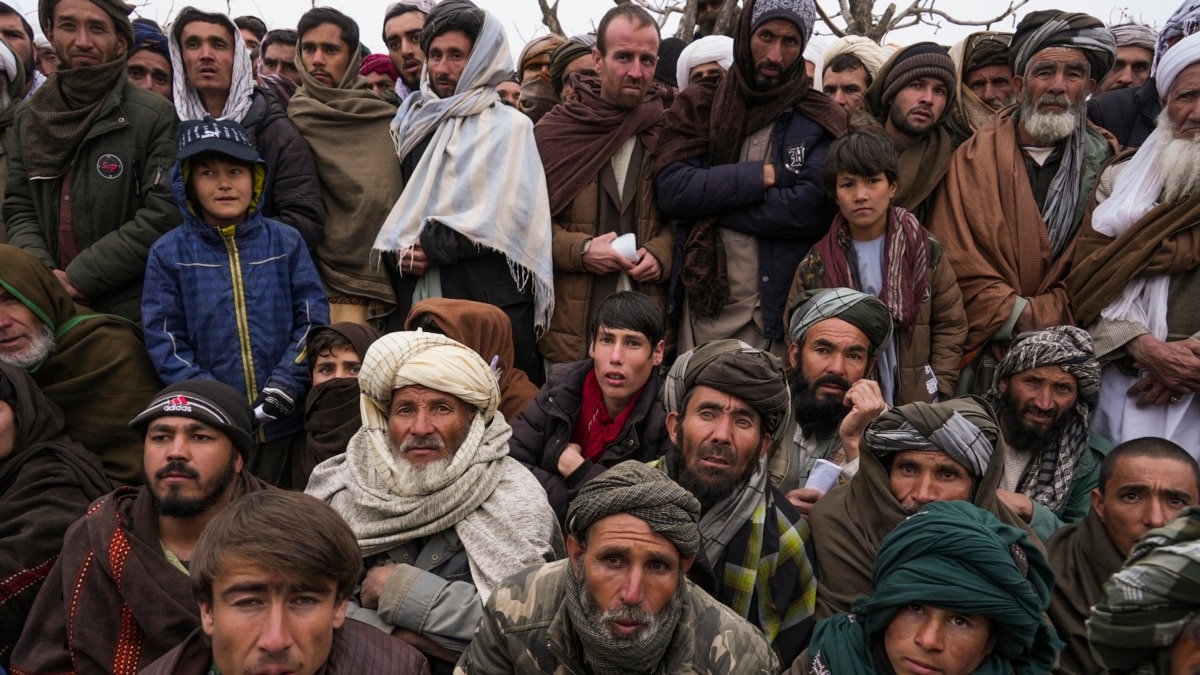 More than 10 months after the United Nations launched its largest single-country appeal to alleviate the humanitarian crisis in Afghanistan, less than half of the appeal has been funded, with Muslim governments conspicuously absent from the list of major donors.

“Afghanistan is facing a harsh winter,” warned Tomas Niklasson, European Union special envoy for Afghanistan, in a Twitter feed after his visit to Afghanistan in early October. “I urge China, Russia and the OIC [Organization of Islamic Cooperation] follow the lead of the UK, US, EU and others in dramatically scaling up humanitarian aid.”

While it was one of the world’s poorest countries for decades, Afghanistan has fallen deeper into poverty since the country’s US-backed government collapsed last year. and that the de facto Taliban regime has faced crippling international economic sanctions.

“There has certainly been a lot of competition for humanitarian resources over the past year, with the war in Ukraine attracting a lot of Western attention and funding. the future,” Neil Turner, director of the Norwegian Refugee Council in Afghanistan, told VOA.

Other relatively wealthy Muslim countries such as the United Arab Emirates, Qatar and Turkey are also missing or lagging behind in the list of donors to the Afghanistan humanitarian appeal.

So far this year, the UAE has donated more than $309 million in response to UN humanitarian appeals in 23 countries, including $171 to Ethiopia and just $1.9 million to the Afghanistan.

Qatar, which has one of the highest GDP per capita rates in the world, gave less than $1 million to the UN’s global humanitarian appeals system in 2022, including about $500,000 for Cameroon. .

In December 2021, foreign ministers attending an OIC conference in Islamabad agreed to establish a special humanitarian trust fund at the Islamic Development Bank (IDB) in response to the humanitarian crisis in Afghanistan.

In August, the IDB announced that it would grant $525,000 to the International Federation of Red Cross and Red Crescent Societies to fund immediate humanitarian activities in Afghanistan.

OIC and IDB spokespersons did not respond to questions about the additional financing the trust fund has provided since August.

Several calls and emails from VOA to the embassies of Saudi Arabia and the United Arab Emirates went unanswered.

The $4.29 billion humanitarian appeal for Ukraine, second only to that for Afghanistan of around $200 million, has received 68% of the required funding.

The appeal for Afghanistan has a 55% funding shortfall in which a lack of major contributions from Muslim donors is noticeable.

“Geopolitically, Saudi Arabia since 9/11 has severed ties with the Taliban, accused them of defaming Islam and harboring terrorists… so there are concerns about sanctions violations of the UN, of American sanctions, of American laws,” Deloffre said.

While imposing sanctions on Taliban leaders and institutions, the United States has proposed humanitarian funding waivers for the Afghan people. The United States and some other countries also froze about $9 billion in Afghan central bank assets on the assumption that the de facto Taliban leaders could use the money to sponsor terrorism.

The UN-led humanitarian response system is also being criticized for failing to categorize the most urgent needs to which more funds should be channeled.

“We have a system that is a bit like queuing beggars outside the door of the mosque and the worshiper enters and can choose which beggar he or she will give a coin to, thinking that one beggar is more worthy than the others” , Alex de Waal, executive director of the World Peace Foundation at Tufts University, told VOA.

“It’s entirely a transaction at the whim of the donor,” he said.

“There is a perception that the UN and international non-governmental organizations are more interested in the survival of the organization than in helping. There is a contest in the practice of the UN that most funding and donations go to staff costs and consultants who come from Western countries rather than local economies,” Deloffre said.

For nearly two decades, development and humanitarian activities in Afghanistan have been funded primarily by the United States and European countries.

“As the war in Ukraine continues and other humanitarian crises evolve around the world, we may find donors increasingly reluctant to commit funds to Afghanistan, particularly in the context of national economic crises among many many long-time donors,” said the Council’s Norwegian Refugee Turner.

For the approximately 1.8 billion Muslims around the world, Afghanistan is not the only humanitarian emergency requiring assistance. From Yemen to Syria to Somalia, many Muslim-majority countries are facing natural and/or man-made disasters requiring urgent humanitarian responses.

The UN and other international aid organizations are more effective at soliciting funds in Western countries than in countries where civil society is restricted or controlled by the state, according to Jens Rudbeck, professor at the Center for Global Affairs from New York University.

“It’s easier for Western countries to provide funds because they already have an organizational infrastructure in place, so they can direct the money towards that,” Rudbeck told VOA, adding that despite the existence of some international Islamic relief organizations, their funding and infrastructural resources are limited.

The lack of funding to meet needs in Afghanistan threatens to aggravate human suffering there. In desperation, some Afghans reportedly sold their organs and even their children.