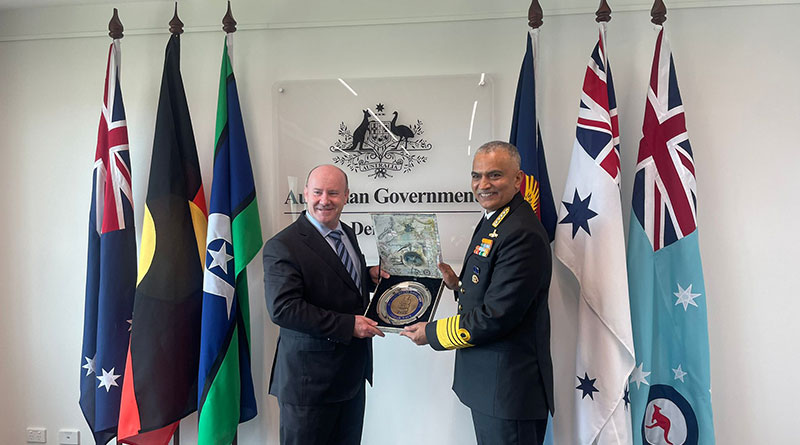 The Indian Navy’s Chief of Naval Staff (CNS), Admiral R Hari Kumar visited Australia from 26-28 September. It was his first official visit to Australia after taking up his post at the CNS.

Admiral R Hari Kumar visited RAN facilities at HMAS penguin and hydrographic school. The CNS, accompanied by India’s Ambassador to Australia, Manpreet Vohra and the Chief of Navy, RAN, interacted with prominent members of Australian think tanks to understand and develop new opportunities for maritime cooperation. The discussions also highlighted the need to raise the level of synergy and concentrate efforts to overcome the challenges of the maritime environment.

Following the successful participation of Indian Naval Ship Satpura and an Indian Navy P8I maritime patrol aircraft as part of the recently concluded multilateral exercise KAKADUHosted by RAN in Darwin, the CNS visit further cemented the strong and long-standing bilateral relationship between the two countries.