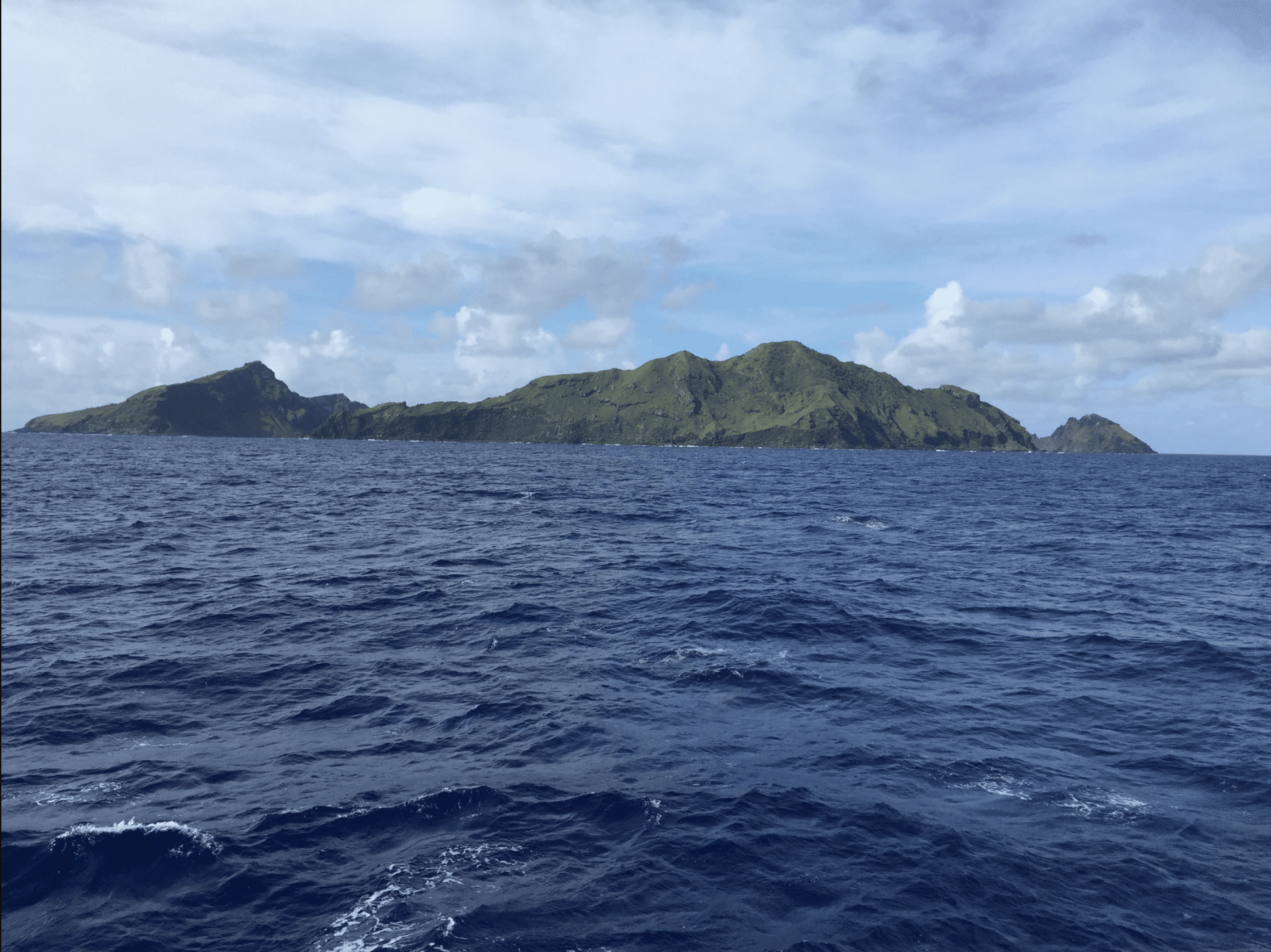 The proposal for a new marine sanctuary in the Commonwealth of the Northern Mariana Islands is facing significant backlash over fears of restricting fishing.

Advocates say government leaders and a federal advisory group are muddling their message with misinformation about what an extra layer of protections for CNMI’s 292,712 square miles of waters would actually entail.

Two panels that advise the Western Pacific Regional Fisheries Management Council voiced their opposition to the sanctuary proposal earlier this month, saying it would eliminate fishing which is an integral part of the islands’ culture and food system . Wespac Panels joins CNMI Gov. Ralph Torres in his call to oppose the sanctuary proposal during his comment period, which ends April 25.

Wespac is meeting this week to discuss the marine sanctuary proposal, among other items on its agenda.

The proposed sanctuary would cover up to 57.5% of U.S. territorial waters, the entire Mariana Trench, running north to south of the Exclusive Economic Zone along the western edge. It would be superimposed on the Marianas Trench Marine National Monument, which President George W. Bush established in 2009. It comprises three units primarily covering the seafloor and some coastal waters.

A five-year review of the sanctuary proposallaunched by the Office of National Marine Sanctuaries of the National Oceanic and Atmospheric Administration on February 9, has caused confusion in the community as advocates and opponents argue over the meaning of this status.

The unease centered on the size of the sanctuary, the perceived encroachment on current and future fishing, and the fact that decisions are apparently made for the CNMI rather than by it.

But the Friends of the Mariana Trenchthe nominating non-governmental organization, says the fears of the Wespac panels and the governor are unfounded.

CNMI representative Sheila Babauta, the group’s president, said opponents of the sanctuary had spread “fake news” about the scope of the sanctuary, adding that it had a “toxic” effect on the community.

The idea of ​​restricting access and fishing rights in CNMI waters cannot be understated, she said.

“It tends to piss people off emotionally,” Babauta said. “Especially when you talk about restricting accessibility to local Chamorro and Refaluwasch.”

Sanctuary status would increase the protection of the EEZ to include the water column, as opposed to certain areas and the seabed, and the proposal suggested regulating access to and movement within the waters, particularly to address to illegal fishing vessels.

In early March, Wespac Vice President John Gourley made a presentation to the Mariana-CNMI Fishing Industry Advisory Council against the sanctuary. He prefaced his speech by saying that was his opinion as the owner of Micronesian Environmental Services, an environmental consulting firm based in Saipan.

Gourley dissected the Friends of Mariana Trench Monument proposal, saying sanctuary status would be “camel’s nose under the tent”, jeopardizing any future economic benefit from fishing or other activities in territorial waters.

Much of his presentation challenged what he saw as inconsistencies in the sanctuary proposal and the level of engagement with the CNMI community during the process.

“It’s something we saw when making the monument,” Gourley said.

The seabed-focused Mariana Trench monument came with economic promise, such as jobs and infrastructure development.

But little has happened since its inception in 2009, fueling the governor’s and Wespac’s suspicions about the economic benefits of sanctuary status.

But, according to a Wespac report, CNMI holds some economic promise for fishing despite its own failed experiment in 2010. Infrastructure remains a barrier to longline fleets and fishing.

Gourley pointed out what he saw as FMT’s inconsistencies, citing his nomination which claims the designation would not affect the fishery. He then referred to a separate note on the effectiveness of marine protected areas in protecting waters from commercial exploitation by national and international fishing fleets.

Gourley suggested any future deep-sea mining – an activity little known to the scientific community – would also be compromised by the designation.

The CNMI Advisory Committee voted to advise the Fishing Industry Council to recommend that Wespac oppose the nomination and work with the committee to educate the Mariana community in English, Chamorro and Carolinian.

Additionally, the Guam Advisory Committee has requested information on the accomplishments of the Marianas Trench Monument since 2009, to help the community understand the true benefit of the designation.

Torres has voiced her opposition to the sanctuary, rallying her constituents to oppose the designation, in stark contrast to her support for sanctuary status.

“These are places of special conservation, recreational, ecological, historical, cultural, scientific, educational, and aesthetic value – exactly the types of areas that Congress intended to protect by passing the National Marine Sanctuaries Act,” indicates the letter.

One year laterTorres started pushing against the monument.

“We have to stand up and fight against this,” Torres said earlier this month. “We cannot allow anyone or any entity, let alone us, to give away our rights, and later ask permission for our own waters.”

Babauta says she sympathizes with that sentiment, but thinks it’s better to “have a seat at the table” with the federal government than not.

Conservation lawyer Angelo Villagomez, who worked with Pew Charitable Trusts when the monument was created, said any arguments against the sanctuary were invalid because they were taken out of context.

“The controversy is about fishing, but there’s actually no fishing,” Villagomez said. “And there hasn’t been for 40 years, so it might seem a little confusing to the outsider.”

While fishing pressure remains negligible in the EEZ, designation of CNMI waters as a sanctuary would automatically help CNMI achieve one of the key facets of Micronesia Challenge – an environmental agreement that includes the effective management of 50% of marine resources by 2030 – to which Torres recommitted last April.

Wespac’s Stock and Fishery Assessment Report for 2020 indicated minimal commercial fishing in CNMI waters, with the bulk of the fishing taking place within 12.5 miles of inshore areas and using 16-20 foot vessels.

The sanctuary proposal is intended to protect this style of fishing, which would not be considered commercial under the US federal system, according to Villagomez.

“Most of the opposition really comes down to identity ownership issues — who makes the decision,” Villagomez said, adding that it was also about the relationship between the United States and its island territory of the United States. Peaceful.

The whole debate over monuments and shrines has turned political, as Democrats and Republicans have ties to groups for and against shrine status.

While Babauta chairs the sanctuary’s nominating group, Wespac has close ties to the CNMI government — Lieutenant Governor Arnold Palacios was once chairman of the board. And as the 2022 gubernatorial election approaches, it becomes political football: typically, Democrats support it and the majority of Republicans oppose it.

But it’s further complicated by an ongoing process to impeach Torres, which has resulted in Palacios running against his former Republican running mate.

“What Wespac does is they deliberately confuse the monument with the sanctuary and then pretend that we’re trying to close things that aren’t being asked,” Villagomez said.

Villagomez says there’s also a general lack of trust between FMT and Wespac.

“So part of that opposition is that they don’t believe us,” he said.

However, any future shrine status is not set in stone, so if the territory wanted to change a designation, it could, according to FMT chief executive Laurie Peterka.

But Peterka says there has been no in-person conversation about the proposal between FMT and Wespac or the governor’s office despite their invitations to speak. On the contrary, the only form of communication is through news reports.

Sign up for our FREE morning newsletter and face more informed every day.

PRCS involved in the relief operation of Chitral