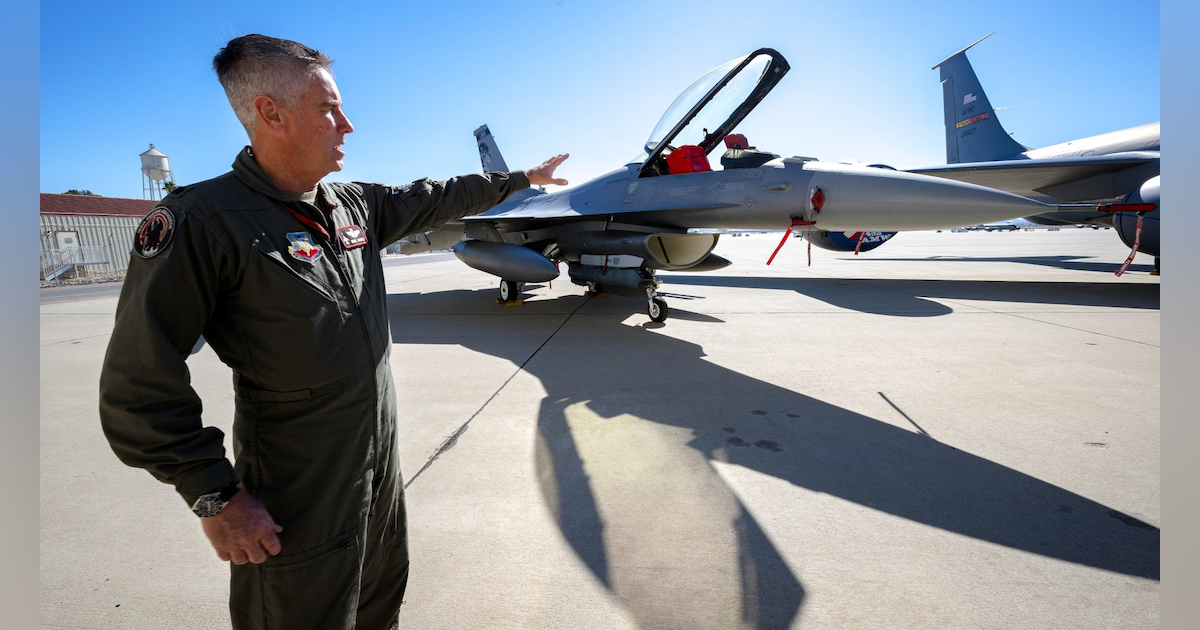 Pilots at March Air Reserve Base near Riverside are ready to make an interception if called upon during the Super Bowl.

Col. Troy Havener, commander of the Fresno-based 144th Fighter Wing Air Force and Air National Guard, which has fighter jets stationed in March, will help enforce a no-go zone flight that will be in effect around SoFi Stadium in Inglewood while the NFL Championship Game is played on Sunday, February 13.

Raquel Girvin, regional administrator for the Federal Aviation Administration’s Western Pacific Region, said one hour before kickoff, and throughout the game, planes without special clearance and drones will be banned from flying at less than 30 miles from the stadium, up to an elevation of 18,000 feet.

With the growing popularity and number of drones, officials from several agencies addressed drone owners at a media event at the Riverside County base on Wednesday, February 9.

“We are thrilled to see the hometown Rams in the big game against the Bengals and hope the fans celebrate safely,” said Girvin, who oversees Arizona, California, Hawaii, Nevada and the US territories in the Pacific. “But we encourage everyone to leave your drones at home.”

Passenger flights in and out of Los Angeles airport will not be affected by restrictions on game days, she said.

No problems are expected during Super Bowl LVI, said Amir Ehsaei, special agent in charge of counterterrorism for the FBI in Los Angeles.

“At this time, we have no indication of a credible threat to the Super Bowl or any related event,” he said.

If something threatens Super Bowl security, there’s a plan to deal with it, said Air Force Maj. Andrew Scott of the Continental U.S. NORAD Region, headquartered at Air Force Base Tyndall near Panama City, Florida.

Scott encouraged fans to have fun and “watch the game, and we will be looking up at the sky. There will be a robust air defense system in place on Super Bowl Sunday.”

Havener said fast fighter jets could be dispatched at any time from several California military bases. One of them is March, home of Detachment 1 of the 144th Fighter Wing, commanded by Lieutenant Colonel Mark Jansky.

It is not expected to be “on high alert” on Sunday, but other March pilots are – and will be ready for action.

Flying at 600 mph, Jansky said, an F15 or F16 taking off from March would arrive at SoFi Stadium in four or five minutes.

F16 fighters can fly up to 1,500 mph, according to an Air Force website. But, Jansky said, “we need to go subsonic. Nobody wants to hear us go supersonic and blow up Southern California.

If asked to intercept a wayward aircraft, Jansky said an attempt would be made to contact the person flying the aircraft.

“If it’s a mistake, that’s the quickest way to get them changed,” Jansky said. “Otherwise we will go up and intercept them.”

“If they respond with a wing motion, that means they probably know what’s going on and who we are, and they’re going to follow us,” Jansky said.

If the pilot did not respond, further action would be taken, he said, without further details.

Havener, the 144th Fighter Wing commander, said extensive preparations had been made.

“Just as the Rams and Bengals practiced their games, we also maintain our preparation and practice our games,” Havener said.