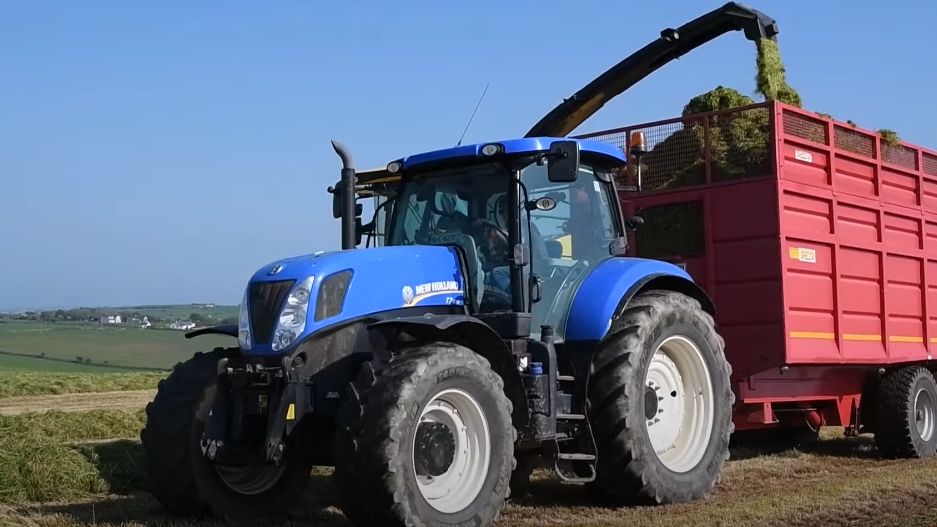 “Adding more than 50 c / L to the current high green diesel prices, which have already increased by more than 55% since 2020, will further increase the carbon tax component of the diesel price. “

“This will increase the cost of diesel for Irish agricultural and forestry contractors by more than 170 million euros per year.”

This is according to John Hughes, national president of the FCI, who denounced the proposals of green diesel of the Tax Strategy Group.

The group called the The Department of Finance and the Government Tax Strategy Group to conduct a financial and technical assessment of the real costs to the competitiveness of Irish agriculture of removing the excise duty differential between green diesel used in agriculture and white diesel used in the transport sector.

The association’s research shows that the agriculture and forestry contracting sector consumes more than 340 million liters of diesel per year.

Hughes pointed out that this accounts for almost 62% of all diesel fuel consumed in Irish agriculture.

He pointed out that entrepreneurs do not have alternative energy sources to the diesel engine to power their machines.

“They will be forced to pass on any significant increases in fuel costs to their farm customers in the form of substantial increases in contractor fees in 2022.”

No alternative to diesel tractors

“There is simply no commercially available alternative to diesel tractors and combines to achieve the government’s goal of decarbonizing the Irish economy. “

Hughes described the FCI members as “environmentally ambitious”. He pointed out that they have made “significant” financial investments in new machines. He said they are using AdBlue technology at additional cost to reduce emissions from available diesel engine technology.

“There is no other non-diesel engine alternative commercially available in Ireland or even in the world.”

“Now is not the time for this government to use fuel tax strategies to force agricultural and forestry entrepreneurs and their agricultural clients into a corner where there is simply no way out,” he said. he adds.

He warned the Irish agriculture and food industry, and the Irish economy will be the loser, as will the national balance of payments if the island is not able to sustainably produce food competitively at the level global.

The CFI National President believes that now is the time to clearly recognize the role of agricultural and forestry entrepreneurs.

In practical and measurable terms, the 1,000 agricultural and forestry entrepreneurs now listed in the FCI database each work on an average of three Irish farms per day.

In addition, he said that FCI members contribute to the economic, environmental and social fabric of Ireland in rural areas.

“Fuel taxation strategies need to take this into account, as over 80% of Irish farmers depend on the services of agricultural and forestry contractors to meet their production targets,” he concluded.