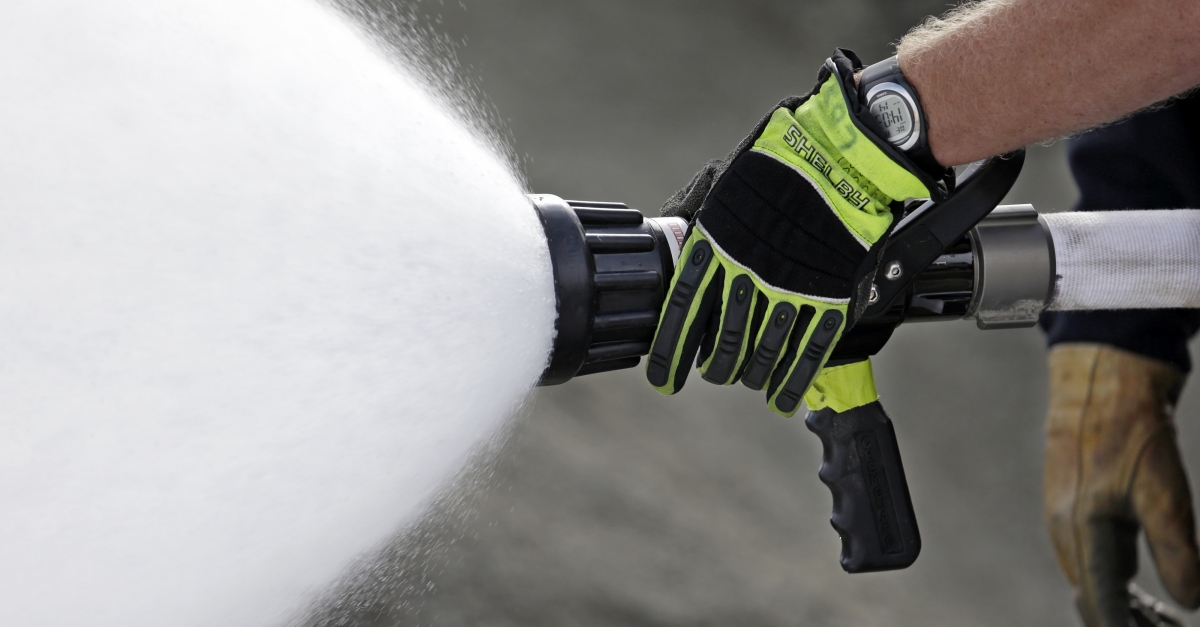 The state is moving forward with efforts to collect and dispose of approximately 25,000 gallons of firefighting foam containing harmful chemicals forever known as PFAS.

PFAS, or perfluoroalkyl and polyfluoroalkyl substances, are a class of thousands of chemicals that do not break down easily in the environment. Research has shown links to serious health effects, including an increased risk of kidney and testicular cancers, thyroid disease and fertility problems. The chemicals have also been linked to a reduced response to vaccines.

The DNR surveyed just under 300 fire departments this spring who reported that approximately 25,000 gallons of PFAS foam are available for collection in 64 counties.

“We know more and more that there is a great interest in getting rid of it, so that there is no danger of it spreading or being used,” said Mimi Johnson, Director of the DNR Emerging Contaminants Office. “And so we’re working to make sure we can help facilitate that.”

About a third of the state’s roughly 825 fire departments responded to the most recent survey. State regulators expect the $1 million available under the program will not cover the collection and disposal of all PFAS foam, according to the tender.

The agencies expect most of the moss to be collected in two stages from 80 collection sites under the awarded contract. The DNR and DATCP will select and oversee a third-party contractor to carry out the work, and they are accepting bids until August 11.

Johnson hopes moss collection will begin within the next few months. The initial collection and disposal phase is expected to take up to three months, and all foam must be disposed of at a landfill that meets hazardous waste requirements under the federal Resource Conservation and Recovery Act. .

Fire departments obtained foam containing PFAS, known as Class B fire-fighting foam, for its ability to effectively fight fires before widespread awareness of the risks associated with chemicals. Wisconsin Attorney General Josh Kaul filed a lawsuit in Dane County Circuit Court on Wednesday against 18 major chemical companies that made or sold products containing PFAS, arguing that they knew or should have been aware of the risks.

Mike Stanley, president of the Wisconsin State Fire Chiefs Association, said the collection and disposal program is a relief for cash-strapped fire departments across the state.

“That was one of the biggest limitations,” Stanley said. “What most of us have done is decommission it, set it aside, and wait for that process to be approved in the budget, and for MNR to help us get there. “

Others, like the Madison Fire Department, paid nearly $9,000 to get rid of PFAS-containing foam.

Stanley said the state program expedites foam collection and relieves the burden on fire departments who would otherwise have been tasked with individually determining the best contractor and site to dispose of it. But federal law may require the continued use of PFAS foam to extinguish fires.

Some airports, such as La Crosse Regional Airport, are required to stock fire-fighting foam containing PFAS under Federal Aviation Administration regulations. Congress has asked the FAA to come up with alternatives to PFAS foam by October of last year, but it has yet to identify suitable replacements.

Johnson said the agency is excited to support local fire departments and communities through the state program.

“It’s the only item that has crossed the budget this past period investing in PFAS,” said Mimi Johnson, director of the DNR’s Office of Emerging Contaminants. “I think the more PFAS we can get out of the cycle that we know are a potential contaminant, the better.”

Gov. Tony Evers included $1 million for the collection effort in his budget proposal to lawmakers last year, as well as a $10 million grant program for local governments to fight contamination by the PFAS. Evers also proposed creating 11 new positions to implement the state’s chemicals action plan in addition to funding PFAS testing in public water supplies. Republican lawmakers cut money for Evers’ other PFAS proposals from the final budget.

In 2020, Evers also signed a Republican bill that banned the use of PFAS foam except in emergencies and limited circumstances. The DNR then issued an emergency rule to outline the proper testing, handling, storage, and disposal to comply with this law.

Republican lawmakers on the Legislature Joint Committee on Administrative Rule Review later weakened that rule by eliminating indicator levels for PFAS. These levels would have been used to assess whether a treatment system is effective in removing chemicals from wastewater containing the foam.