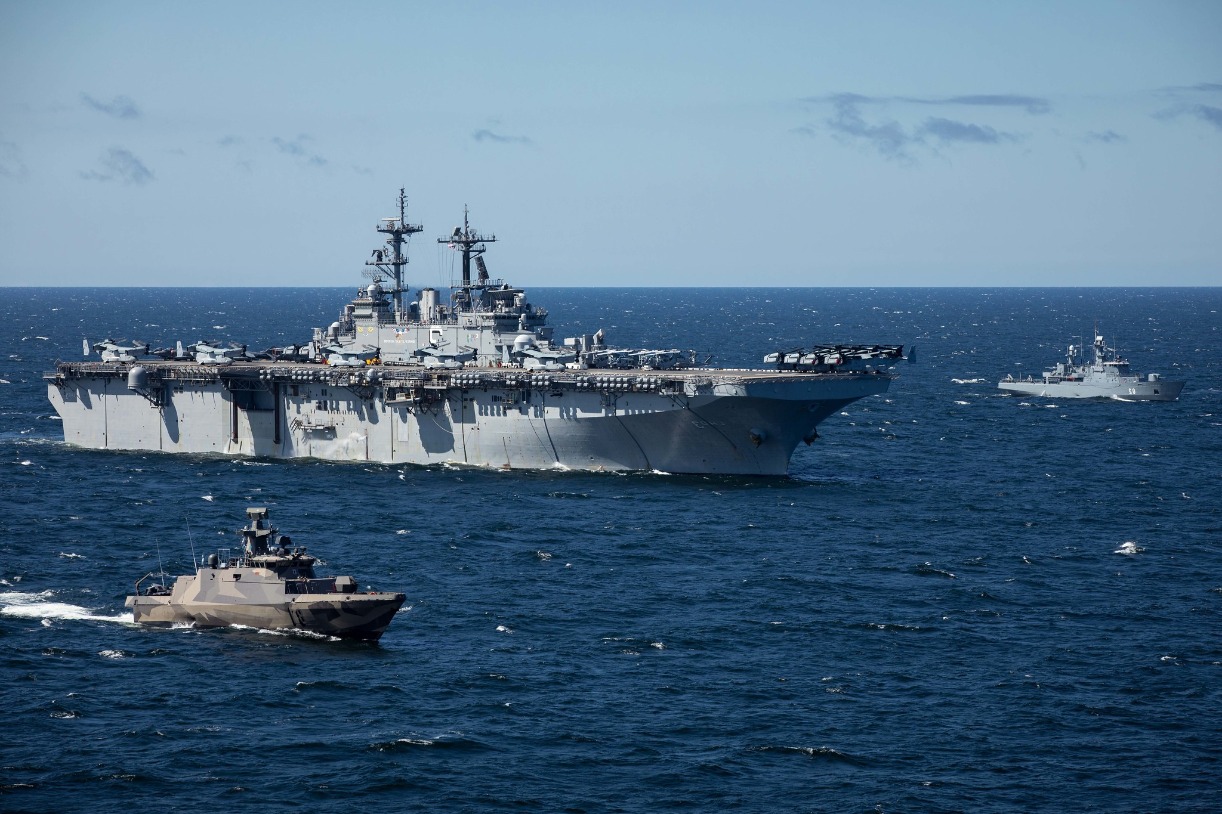 Should the United States defend or abandon Taiwan?

President Joe Biden’s recent pledge to defend Taiwan has sparked further controversy. When asked if he was “ready to get involved militarily to defend Taiwan” during his visit to Asia on May 23, he replied yes, adding: “This is the commitment we have made.” His remarks are apparently at odds with “strategic ambiguity,” the decades-long U.S. policy toward Taiwan that is deliberately ambivalent about the extent of U.S. commitment to aiding Taiwan. Although the White House, Secretary of Defense Lloyd Austin, and later Biden himself denied that the statement reflected a shift in US policy, it is unclear whether it was another gaffe by the president or a deliberate statement aimed at increasing deterrence against China (adding ambiguity). to strategic ambiguity), especially since it involved not the first time Biden expressed his commitment.

The ambiguity of US policy toward Taiwan aims to maintain the status quo, both by dampening enthusiasm for Taiwanese independence and by deterring China’s invasion of Taiwan. When the United States normalized diplomatic relations with China in 1979, it adopted the The One China Policy, which recognizes the People’s Republic of China as the “sole legal government of China” and recognizes China’s position that Taiwan is part of China, but refrains from recognizing China’s sovereignty over Taiwan. The United States severed diplomatic ties with Taiwan, but the two countries have maintained a close relationship, though unofficial, relationship. The United States refrained from offering Taiwan an explicit security guarantee, but provided Taiwan with weapons to help it defend itself in accordance with the Taiwan Relations Act of 1979.

Strategic ambiguity may not remain a viable policy for too long in light of Beijing’s growing assertion of claims over Taiwan. Retaking Taiwan has always been Beijing’s goal, but Beijing has intensified its pressure on Taiwan since Democratic Progressive Party independence leader Tsai Ing-wen was elected in 2016, for example by increasing the frequency of exercises around Taiwan. Although Beijing prefers peaceful reunification, it has never renounced the use of force. As a chilling reminder, Xi Jinping said that China reserves “the possibility of taking all necessary means” to reunite with Taiwan. Many believe that China will probably seek to reunite with Taiwan by 2049, the centenary of the establishment of the People’s Republic of China, at the latest. Some warn that this could happen as early as 2027, based on the target date by which Beijing hopes to achieve the capability to counter US intervention in the Western Pacific.

In order to decide whether defending Taiwan is good US policy, we must first define what is really at stake. Smart foreign policy is based on a clear understanding of the national interest. Is Taiwan a matter of vital or only peripheral interest? Is Taiwan important to the United States, and if so, why?

There is no consensus on this issue. Some Argue than Taiwan in itself is not a vital US interest, but China’s invasion of Taiwan would be “such a major violation of international norms that it would become a vital US interest”. Others see Taiwan’s defense as economically important given its importance in global supply chains, especially in the semiconductor industry – Taiwan accounts for 92% of the world’s production of microchips below 10 nanometers. Still others see no strategic value in Taiwan.

Occupying Taiwan would greatly increase China’s power projection capability in the Western Pacific. This would allow China to break through the so-called “first island chaincrossing the Kuril Islands, Japan, Okinawa, Taiwan and the Philippines. Originally envisioned by American strategists to encircle the Soviet Union and China during the Korean War, the first island chain received renewed attention with the rise of China. In the struggle between China seeking to push the United States out of the Asia-Pacific and secure its “rightful place” in the vast Pacific Ocean, and the United Stations seeking to contain the expansion of China, the first island chain is the first line of defense/attack depending on which side you sit on. Beijing seeks to prevent America from accessing the island chain through its anti-access/area denial (A2/AD) strategy. The United States, for its part, seeks to fortify the island chain. At the center of the first island chain is Taiwan. Two channels near Taiwan, the Bashi Channel in the south of the island and the Miyako in the north, are now choke points for China. Since Taiwan is under the control of Beijing, these channels could serve as gateways to the pacific. This is why Taiwan would likely be a hot spot if a conflict erupts between the United States and China.

Moreover, reunification with Taiwan would help China carve out a sphere of influence in Asia. If Washington fails to defend Taiwan, the credibility of the United States as a reliable ally will vanish, leaving countries in the region no choice but to follow suit alongside China. Already today, countries in the region, including U.S. allies and partners, fear siding too close to U.S. efforts to contain China so as not to irritate its most important economic partner. For example, South Korea promised not to expand US missile defense systems, the deployment of which in 2017 resulted in severe economic sanctions from China. Even Japan, America’s most trusted ally in the region, has avoid hosting the American intermediate-range missiles intended to counter the Chinese A2/AD strategy. Failure to defend Taiwan against Chinese aggression would cause U.S. Indo-Pacific allies to lose faith in the willingness and/or ability of the United States to follow through on its security assurances. Without American support, the allies would decide that their efforts to balance against China are futile and become more willing to acquiesce to Chinese demands, such as expelling American troops from their country. These reverberations would mark the change of command of the Western Pacific from the United States to China.

Once China pushes the United States out of Asia and carves out a region of strategic influence, China will pose an additional direct threat to the United States. Some would argue that China’s ambitions are not global, but regional, in which case the United States and China could coexist peacefully respecting each other’s spheres of influence. However, it is difficult to identify the intentions of a State. Even if we could, intentions can change over time. The United States had no intention of becoming a world hegemon when it started to rise, but there you go. If China’s ambition now or later is to become a global hegemon, allowing it to move freely in the Western Pacific would enhance China’s ability to project power outside the region. Ultimately, China could pose a direct threat to the American continent and the global position of the United States.

So when we discuss whether the United States should defend or abandon Taiwan, what we really should be discussing is whether the United States should seek to maintain its supremacy in the Western Pacific and the -of the. Some may think that maintaining US supremacy is a vital US interest because China would otherwise become an even greater threat, or because China’s global dominance would threaten the rules-based international order. which is also of crucial interest to the United States. Others may argue that it is wiser to give up American supremacy because maintaining it is too risky. Defending Taiwan against Chinese aggression would likely result in massive American casualties in light of China’s growing military prowess. Worse still, a military confrontation between the two nuclear-weapon States could escalate into a nuclear catastrophe. Ultimately, whether or not to defend Taiwan is a decision our leaders will have to make. When they do, they need to understand what is really at stake.

Lami Kim is Assistant Professor and Director of the Asian Studies Program in the Department of National Security and Strategy at the US Army War College. His work has been published in The Washington Quarterly, Global Governance, War on the Rocks, Bulletin of the Atomic Scientists, Belfer Center for Science and International Affairs, Woodrow Wilson International Center for Scholars, National Bureau of Asian Research, Routledge, and The Diplomat, among others. She holds a doctorate from the Fletcher School of Law and Diplomacy at Tufts University and a master’s degree from Harvard University.

Vaccine hesitancy in COVID-19 and what we can do about it – The European Sting – Critical News & Insights on European Politics, Economy, Foreign Affairs, Business & Technology