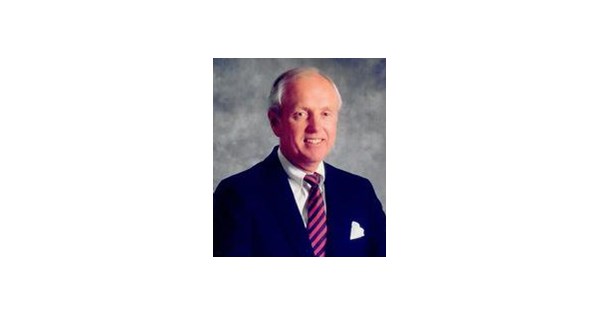 By Heather R. Winston Last updated Oct 31, 2021
0
Share
Raymond F. Miller, Jr., of Concord, passed away peacefully on October 17, 2021, three days before his 88th birthday. He was the beloved and devoted husband of Margot (Bourgeois) Miller, with whom he shared 65 years of loving marriage.

He was born in Lowell as the second child of Raymond and Dorothy (Flynn) Miller. He attended local schools and graduated from Keith Academy, now Lowell Catholic High School, where he was a benefactor for many years. Mr. Miller graduated from Tufts University in 1955, where he was a member of the Navy ROTC. He was commissioned as an ensign in the navy and served in the western Pacific as an officer aboard the USS Walter B. Cobb. Upon his return, he married Margot Bourgeois and they returned to California while he was completing his naval service before serving in the Naval Reserve for four years.

He was interested in education, health care and the Catholic Church all his life. He has served as a Trustee and Chairman of the Board of Trustees of the Fenn School at Concord, as well as a Trustee of Bentley University, where he served as Chairman of the Academic Affairs Committee. Upon retirement, he studied for ten years at Weston Jesuit School of Theology and pursued an academic program at Harvard Divinity School. He was also a student and director of the Concord Conservatory of Music for many years. At Sainte-Famille parish, he was a CCD teacher when his children were young and served as a Eucharistic minister for residents of retirement homes and retirement homes. An avid and avid golfer, he treasured a 50 year membership in the Concord Country Club and loved being a member of The Hickory Shafts.

In addition to his wife, he will be forever missed by his loving children JJ Lanigan and husband Brian, Julie Clay and husband Peter, Lisa Moser and husband Rick, Christopher Miller and wife Kim, Martha Caporale, and Jonathan Miller and his wife Rawlings. He was the proud grandfather of Megan, Molly and husband George, PJ and fiance Carleen, Emma, ​​Jack, Aly and fiance Mike, Lucy and husband Paul, Will, Kyle and wife Ally, Robyn, Jake, Luke, Dylan , Owen and Nate, as well as two great-grandchildren, Teddy and Oliver, and several nieces and nephews. Brother of the late Dorothy Schecter.

Family members gathered for a private funeral service and burial on October 20.

In lieu of flowers, contributions to his memory can be made to the Francis Ouimet Scholarship Fund, 300 Arnold Palmer Blvd, Norton, MA 02766 (www.ouimet.org) or The Concord Conservatory of Music, PO Box 1258, Concord, MA 01742 (www.concordconservatory.org).

Arrangements are made by Dee Funeral Home & Cremation Service of Concord. To share a memory or offer condolences in his online guestbook, please visit www.DeeFuneralHome.com.

Mosimane selected for the IFFHS Manager of the Year award

Schwan’s pizza factory in Kan. uses helicopters in the installation of HVAC units