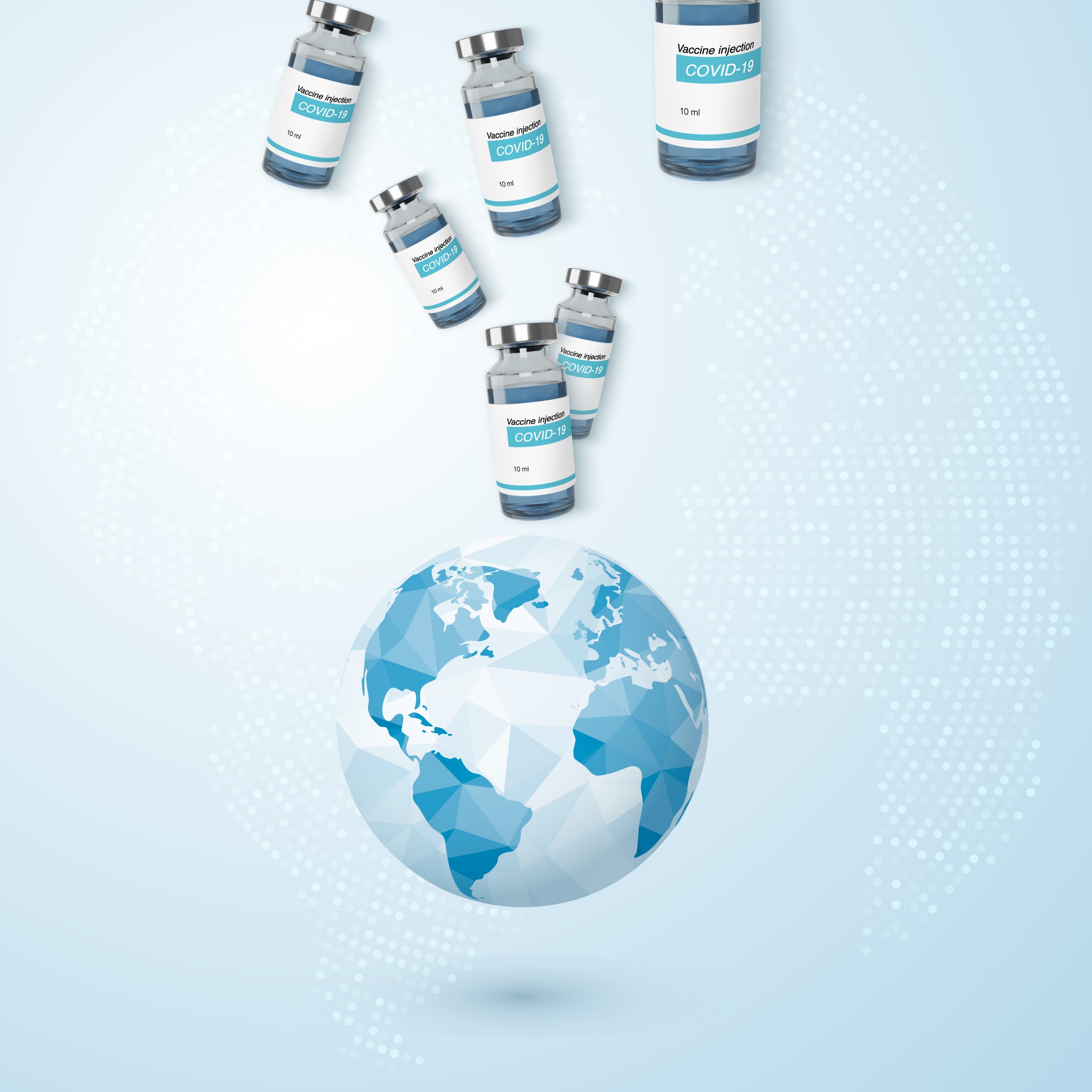 “There is great hope in the scientific world that the technological and scientific breakthrough of COVID-19 mRNA vaccines can be applied to a variety of other diseases and save millions of lives. However, the Alliance sees the pharmaceutical industry’s position on intellectual property as an obstacle to the pursuit of scientific research.

The People’s Vaccine Alliance, a coalition of more than 100 organizations, issued a statement this week alleging the pharmaceutical industry is trying to tighten its grip on global pandemic response plans.

In the statement, the organization argues that “enshrining pharmaceutical companies’ demands in a pandemic treaty or other pandemic preparedness plans would normalize global inequalities and tie the hands of governments in future health crises.” “.

The Alliance released the statement in response to the International Federation of Pharmaceutical Manufacturers and Associations (IFPMA) July statement titled Berlin Declaration – Biopharmaceutical Industry Vision for Equitable Pandemic Access during the world health summitwhere actors from politics, science, the private sector and civil society gathered in Berlin from 16 to 18 October.

As a result of the COVID-19 pandemic and the subsequent rollout of vaccines, global vaccine inequality has become a key issue. The World Health Organization (WHO) has set a global immunization target of 70% by mid-2022, but only 58 of WHO’s 194 member countries have met the target, with low- and middle-income countries blaming a delay in vaccination. However, the WHO highlights challenges in vaccine deliveryrather than production issues, as the primary impediment to global COVID-19 vaccination uptake.

According to the People’s Vaccine Alliance, the Berlin Declaration “ignores three fundamental facts”. These include the persistence of the COVID-19 pandemic, access to countermeasures such as vaccines has been inequitable, and public funding is critical to the development of medical technology.

The group says pharmaceutical companies are overshadowing the important role of public funding in the development of the COVID-19 vaccine.

“The [Berlin] The statement is a continuation of a cohesive ‘Third Way’ campaign by the biopharmaceutical industry to maintain exclusive intellectual property (IP) protections and monopoly control over medical technologies,” the statement said. Alliance in a statement.

The Berlin Declaration emphasizes the importance of the intellectual property system for the success of the biopharmaceutical industry in the development of vaccines. Additionally, the IFPMA statement offers a “collaborative solution for more equitable vaccine deployment” and mentions measures to make vaccines more affordable for low-income countries.

However, the Alliance argues that IFPMA is trying to whitewash its own failings by using this language. Their statement recalls historic failures to respond in a timely manner to other pandemics, including HIV/AIDS.

The group specifically targets the use of intellectual property laws by the biopharmaceutical industry and IFPMA’s argument that “intellectual property rights must be respected since society depends on them to drive innovation and growth.” increase in supply”. In contrast, the Alliance argues that industry’s use of mRNA, the crucial technology behind vaccines from Moderna and Pfizer-BioNTech, has been facilitated by decades of publicly funded research. Patents around key mRNA technologies have caused heated academic and legal debate, and pharmaceutical companies have been able to access and use [mRNA] intellectual property” because it had recently entered the public domain, says the Alliance.

There is great hope in the scientific world that the technological and scientific breakthrough of COVID-19 mRNA vaccines can be applied to a variety of other diseases and save millions of lives. However, the Alliance sees the pharmaceutical industry’s position on intellectual property as an obstacle to the pursuit of scientific research.

According to the group,[the pharmaceutical industry’s] patent applications are sometimes drafted so vaguely that they block the efforts of other innovators to build on existing knowledge to address public health concerns.

The Alliance also reiterated its objections to the much-maligned deal reached to waive intellectual property rights for COVID-19 vaccines under the Trade-Related Aspects of Intellectual Property Rights (TRIPS) Agreement. The deal was unpopular with civil society organizations and business groups when it was announced in June this year.

When the TRIPS waiver was finalized, Max Lawson, Co-Chair of the People’s Vaccine Alliance and Head of Inequality Policy at Oxfam, said: “This is absolutely not the broad intellectual property waiver that the world desperately needs to ensure access to vaccines and treatment for all. , everywhere.”

The Alliance continued its criticism of the TRIPS waiver in its latest report saying the deal is shaped by vested interests, poorly designed and has stifled innovation. They highlight patent litigation between Moderna and Pfizer as an example of litigation that “has a chilling effect on efforts to decentralize and localize the manufacture of mRNA technologies in developing countries”.

While the Alliance has strongly criticized the Waiver Agreement, pharmaceutical industry lobby groups have also voiced their criticisms.

Hans Sauer, Assistant General Counsel and Vice President of Intellectual Property at the Biotechnology Industry Organization wrote “The proposed blanket suspension of intellectual property rights is not a silver bullet to the pandemic, as it is unlikely to accelerate the delivery of COVID-19 vaccines.”

Senior Vice President of the Global Innovation Policy Center (GIPC) of the United States Chamber of Commerce Patrick Kilbride said“it…would set an unfortunate precedent and could limit the ability of innovative companies to devote unprecedented resources to quickly discovering and delivering solutions to the next global crisis.”

Instead, Kilbride argued that the focus should be on the real “last mile challenges” of getting shot rather than focusing on IP waivers. The WHO has made similar arguments about the difficulty of being shot with weapons in low- and middle-income countries. On their Vaccine equity webpage the WHO avoids the issue of patents and intellectual property and instead states that “the capacity of the national health system will need to be strengthened. Increasingly, COVID-19 immunization services will need to be integrated with other immunization services and alongside other health and social interventions for maximum impact and to build long-term capacity.

In its response to the Berlin Declaration, the Alliance takes issue with IFPMA’s emphasis on preparing countries to vaccinate their populations. Once again, they cite the history of the HIV/AIDS epidemic, in which they argue that “excessive industry pricing” has reduced access to populations in need.

Similarly, during the COVID-19 pandemic, the Alliance says that “it was difficult for governments in developing countries to carry out vaccination campaigns or to prepare the health system when they did not know when they would would receive vaccines, how many doses would arrive and of which vaccines.

Rather than low- and middle-income countries lacking preparedness, the civil society group says the uncertainty of vaccine delivery was the biggest factor hindering vaccination campaigns.

In response to the Berlin Declaration, Winnie Byanyima, Executive Director of UNAIDS and Co-Chair of the People’s Vaccine Alliance, said: “The world needs an international agreement that guarantees fair and equitable access to healthcare for everyone, everywhere, not a takeover by big pharma. »

The Middle East paints and coatings market is expected to grow at a CAGR of 4.7% during the forecast period 2022-32; Explore analytical data from Future Market Insights, Inc.

Sneak Energy reveals its deepest secrets in a new flavor