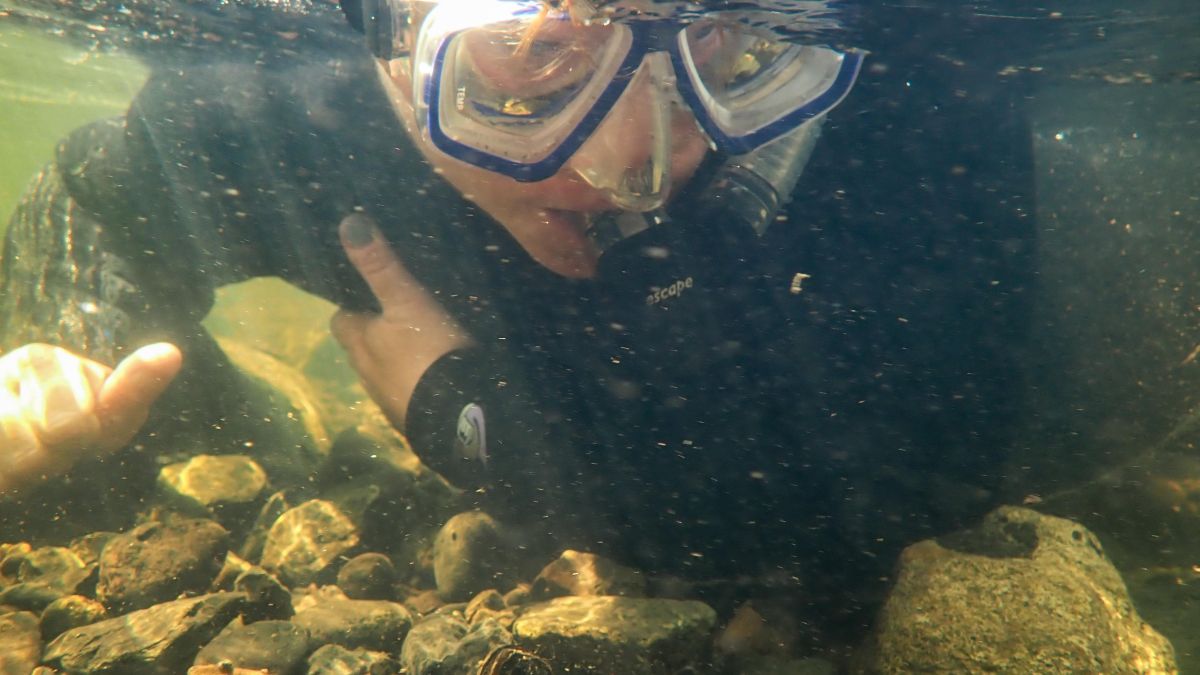 Northwest freshwater mussels are in trouble, declining rapidly in nearly every study by population biologists.

Take 2005, when biologists counted the historic number of freshwater mussels in the North Fork of Oregon’s John Day River. They counted about 500 mussels per square meter, which is similar to what Lewis and Clark noted on their westward expedition.

By 2007, all mussels in the North Fork of the John Day River were gone, Maine said.

“When the mussels start dying off en masse like we’re seeing now, that, to me, signals there’s a bigger problem that we don’t yet recognize,” Maine said.

Biologists don’t know what’s going on. They work to figure it out quickly.

In fact, the US Fish and Wildlife Service is taking a closer look at one species of freshwater mussel, the western ridged mussel.

The service first conducted a 90 day initial assessment who have found western ridged mussels might be a good candidate for the endangered species list.

Now, the service will conduct an even more thorough inspection, known as a species status assessment, of the western ridged mussel in all five of its range states, including Oregon, Washington State and Idaho.

Only a handful of freshwater mussels can be found in the West, compared to the roughly 300 species found east of the Continental Divide, Maine said.

“It’s pretty hard these days to find two species in the same place together, let alone a population that we call self-sustaining,” said Maine’s Western Mussels.

Freshwater mussels, which live for 60 to 100 years, clean up the rivers and streams where they are found. One mussel can clean up 10 gallons of water in about 30 minutes, said Courtney Newlon, a fish and wildlife biologist with the US Fish and Wildlife Service.

“Mussels do a lot of behind-the-scenes work like maintaining water quality, filtering out sediment like pollutants and bacteria, and they provide food and habitat for other aquatic species,” Newlon said. .

As the species on which these ecosystems depend, known as a keystone species, freshwater mussels could be an indicator that all is not well in northwest waters, Maine said.

“I think mussels are part of this bigger picture of environmental decline and destruction of species and everything that’s going on,” she said.

The Confederated Tribes of the Umatilla Indian Reservation run the only project dedicated to raising and restoring freshwater mussels in the West.

For this project, Maine is snorkeling in the rivers of land ceded to the tribe, scouring the riverbeds in search of what might at first appear to be a rock, but is instead a mussel. pure water.

After finding many mussels that didn’t reproduce, she said she wondered if she was watching older mussels die off over decades.

“The mussels are now screaming, ‘Help us do something, something’s happening,'” Maine said.