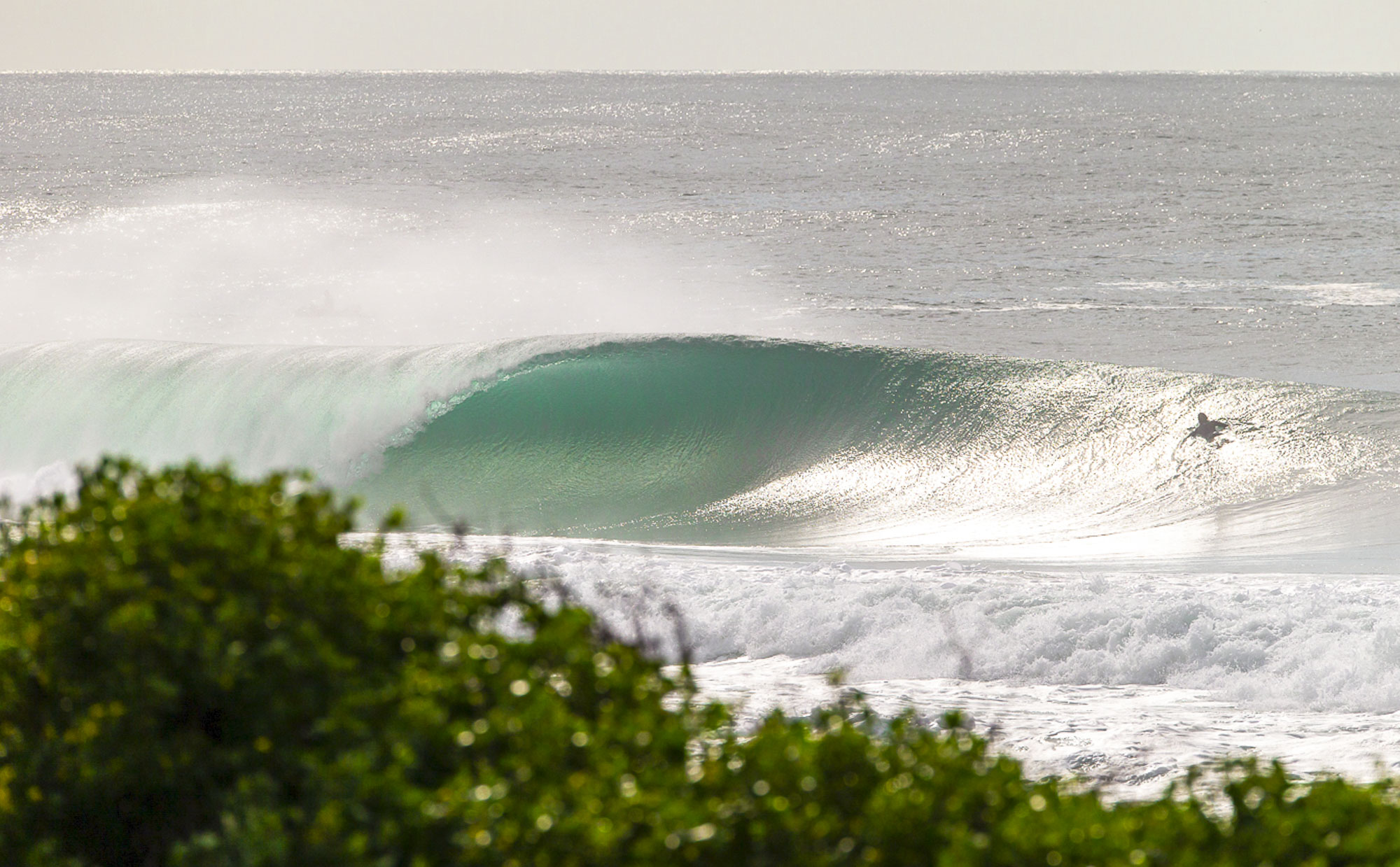 Is there a more anticipated change of season in the surfing world? It doesn’t matter where you are: swimmers love summer and surfers love fall. The ratio of air temperature to water temperature decreases, giving us more seas in the morning and dampening the rising afternoon sea breeze. Winter is more and more present in our minds. And for us here in Australia, the reboot of the Southern Ocean and the tropics often bring glorious combos of swell and wind angles.

In 2022, these effects could really be accentuated by the decline of La Niña, but still present. Here, our senior forecasters Ben Macartney and Katie Jackson tell us what to expect from our favorite time of year.

Warmer than usual sea surface temperatures continue to pour into the Southwest Pacific and Tasman Sea, even in this late stage of La Niña. This SST chart forecast for late March sets the stage for further cyclonic surges and continued easterly swell impulses. Image courtesy of BOM

…While this chart of the central Pacific basin predicts the end of La Niña and a return to neutral conditions by mid-winter. Image courtesy of BOM

During the second half of March we rely on long-term model tips to get a glimpse of what’s in store. In short, persistent high pressure over the southern Tasman Sea and southwest Pacific south of New Zealand is blocking fronts and lows rising from below the continent, keeping a firm lid on the southerly swell potential for the east coast for the remainder of March.

The silver lining is an active swell regime in place for the weeks ahead. The blocking pattern maintains a moderate easterly trade wind flow across the Tasman Sea over the next week or two. Indications from the longer-term model indicate that the blocking high is migrating east of New Zealand during the week of Monday 21st, likely moving the strongest easterly trade winds further into the South West Pacific .

Do you remember the Narrabeen CT last April? Italo Ferreira, suddenly realizing that the place is getting good. Photo: Matt Dunbar

Late-season tropical cyclones and subtropical lows as the MJO comes back into play in April.

In accordance with the La Niña pattern, the dynamic model outlook consistently predicts negative low pressure anomalies – both over the mainland and over the Tasman Sea later this month. This leaves the door open for more dynamic and volatile activity over the Tasman Sea as La Niña continues to tip the balance in favor of more Coastal Lows, East Coast Lows and Tasman Lows off the coast. East Coast over the next few months.

Late May is traditionally the time when the east coast’s fall peaks. Kirra, May 25, 2021. Photo: Shield

Also, a projected strengthening of the Madden Julian Oscillation over the Maritime Continent during the first and second weeks of April could see a monsoon trough strengthen over northern Australia. Although it is too early to be certain, further eastward spread of the MJO signal in the Western Pacific could trigger late-season tropical depressions and cyclones over the Coral Sea and Southwest Pacific in the broad sense during the first weeks of April. To date, we’ve seen numbers well below the forecast for tropical cyclones over the Australian region this year – so hopefully we’ll add a few additions to those numbers before the end of the season.

As tropical cyclone potential diminishes around late April and May, attention will likely shift to mid-latitudes. Over the Tasman we are still likely to see many hybrid troughs and depressions developing over the Tasman Sea. High sea surface temperature (SST) anomalies associated with La Niña are likely to persist over the Coral Sea and Tasman Sea until early winter. The East Australian Current continues to power high SSTs of 24C to 26C throughout the Tasman Sea, penetrating as far south as 35S and providing ample fuel for potential ECL or Weak Hybrid development.

And as the southern hemisphere gets colder, the path of Southern Ocean storms will inevitably come into play, causing an increasing frequency of extratropical swell sources in late fall and winter. This will likely include deep lows originating well below the mainland, as well as a mix of closer frontal systems and cut lows along the lower Tasman Sea.

At this time last year: The warm-up swell | Six hours of sickness | The Great Autumn

The rubber keeps going, even if some days it feels like you still don’t need it. Grayson Hinrichs, mid-April 2021, Tamarama. Photo: Bill Morris

Recent offshore summer winds brought an exceptional series of hot and dry conditions to the state. The trend doesn’t seem to change much in the coming months, but expect cooler temperatures as fall approaches.

Climate models indicate the exit from a negative Indian Ocean dipole and a return to a neutral IOD, which will maintain a weak low pressure trough on the west coast. This means a more local influence on wave conditions, as swells come from short range recoveries in the coming months. Closer swell generation and shorter than average period swells will lead to more consistency, however, the surf will lack that strong deep-water swell push we see in deep-sea storms. Climatic factors continue to suppress polar lows in the southern Indian Ocean. So while conditions appear to remain favorable under a resilient west coast trough, the onset of typical large-scale southwest storms may be slower this fall.

The good news for Victoria is that the polar storm track appears to activate a stable SW fetch (and therefore constant swell) through the Vicco swell window in the coming months. Climate models place an above average MSLP below the Tasman Sea and another in the central Indian Ocean. The two predicted high pressure areas will limit the ability of polar storms to push north or east under Western Australia, leading to a likely pattern of these storms feeding instead south of the bay.

How is this good for Victoria? It puts the wind in the right place. The SW wind will likely become a fairly common staple in the Southern Ocean stretching from WA south into Tasmania. While, as with WA, the intensity of these open sea winter storms may be lessened or delayed, but there will be more consistency in the wave field.

It’s been a while since anyone’s seen this. Big breezy Winkipop, end of April 2021. Photo: Steve Arklay

Take-out: Neutral climate factors IOD and SAM show no significant deviations from average fall conditions. However, an above average MSLP in central India and southern Tasman will likely open up for polar lows to penetrate south of the bay. This leaves a supply of SW winds to SA/Vic/Tas. This is unlikely to be exceptional for the swell size as the storms will not be as intense as they could be later in the winter, but there will still be above average consistency.

At this time last year: Easter unpacks the box | The late call | A brief day