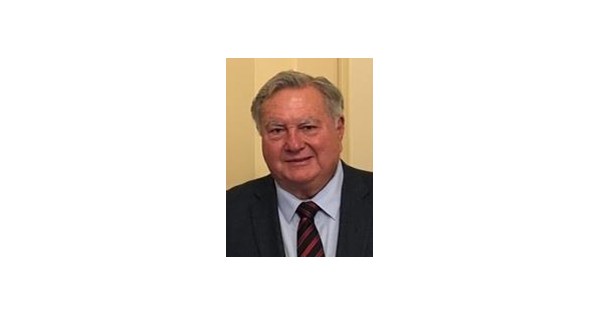 Guy “Guido” Anthony Murnig
Surrounded by his family, Guy “Guido” Anthony Murnig died of a stroke on October 18, 2021. It gives us a lot of peace knowing that he is now rejoicing in heaven with his son Ryan (who has it). preceded in death in ’97). Born March 7, 1943 to Guido Anthony and Mary Madeline Murnig, Guido grew up in Belmont, California. He is survived by his wife Debbie, his children Kyle, Lacey Thompson (Lucas), Guido (Taylor Serres) and his granddaughters Abigail and Eleanor Thompson; sister Stephanie Edrington, and many cousins, nieces and nephews.
Guido attended Our Lady of Angels, IHM ’57, Serra High School ’61, St. Joseph’s ’63, USF ’66, St. Patrick’s Seminary ’70, and was ordained in 1970. He served as associate pastor in St. Patrick’s (Corte Madera), St. Sebastian (Kentfield) and Mount Carmel (Mill Valley), where he was known for creating and running the magnificent annual Christmas pageant. He resided and taught at Marin Catholic High School in Kentfield, fostering a love of learning among students and teachers. He then left the priesthood, fell in love, and married Debbie Monardo Murnig, his wife of 43 years. Sharing their passion and talent for construction, they opened and operated Murnig and Son’s Construction Company. He then worked for Stretchwall / MechoSystems, dedicating over 30 years to the construction industry. After his retirement he was a consultant for Goodwin Cole Company. He was a mentor, a role model and the epitome of a hard worker.
During his formative years he developed his true passion for helping others and the art of gardening. Guido was an avid reader, spoke eloquently and spoke Latin fluently; frequently informing you of the Latin origin of the English term. He inspired many, often leading by example – his big heart revealing his wisdom and generosity – and he left an indelible mark on his friends and family. As President of Southern Marin Pop Warner and President of Marin Catholic Boosters, Guido truly understood the importance of human relationships, actively connecting people in new and innovative ways. The time of Advent and the birth of Christ was magical for him, and with the many Christmas lights he hung, he relished sharing this special moment with others. He loved the family traditions of Lake Tahoe and the many camping adventures in the rivers and redwoods of California. At Jedediah Smith State Park, Guido took camping to the next level with his famous cart, kitchen, and riverside coffee and cocktails all day.
Guido and Debbie lived in Mill Valley while raising a family of four, then moved to Sonoma. Their ranch was his little piece of heaven on Earth and where Guido’s green thumb thrived. His dream of an olive grove came true and, together with his family, Stage Gulch Ranch Olive Oil was created. At rest, he was often found sitting by the pool with a book, a glass of wine in his hand, listening to music from Italian opera. It was here that he found peace and the pleasure of sharing life with his wife, children and grandchildren; a light in his life.
A funeral mass will be celebrated at 11:00 am on Friday, November 19, 2021 at Our Lady of Mt. Carmel Church, 3 Oakdale Avenue, Mill Valley. In lieu of flowers, memorial gifts in honor of Guido can be made to the Marin Community Foundation’s Ryan Murnig Memorial Scholarship Fund, 5 Hamilton Landing, Suite 200, Novato, CA 94949.