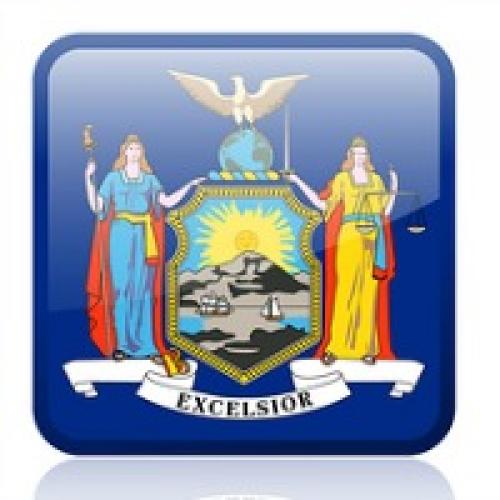 On September 6, 2021, New York Governor Kathy Hochul enacted New York Senate Bill S2766, which makes construction contractors jointly and severally liable for wages owed to employees of its subcontractors. The revolutionary new law – which adds a new section 198-e to the Labor Act (“§198-e”) – continues the expansion of workers’ rights under the New York statutory regime. All general contractors, prime contractors, building managers and other “upstream” contractors in the industry must take immediate action to ensure that their future contracts with subcontractors are written in such a way as to minimize potential wage liability. .

Under New York law (and most state law), employees who believe they are owed wages can take legal action against their employer (or, failing that, file a complaint with of the State Labor Commissioner). According to the memorandum in support of the new law from its promoter, New York State Senator Jessica Ramos, that having to sue one’s own employer, as opposed to others, for unpaid wages “is a major problem in the construction industry. where often that direct employer is an unscrupulous subcontractor or labor broker ready to hide assets, change the corporate identity and engage in other unscrupulous practices to avoid liability and make yourself proof of a salary theft action. The memo continues:

By holding the prime contractor of the construction project accountable for any subcontractors he chooses to use on a job site, New York State would go a long way in ensuring that the exploited construction workers are quickly able to collect unpaid wages, while creating an incentive for the construction industry to better self-control[.]

Here are the main provisions of the new law:

Scope of Liability. Any contractor entering into a construction contract will assume responsibility for any wages or debts owed to a worker “incurred by a subcontractor at any level acting under, by or for the contractor or its subcontractors for the [worker’s] the execution of the work. When an action is brought against a subcontractor, the upstream contractor will be “considered jointly and severally liable for any unpaid salary, benefit, additional salary and any other recourse” provided for by law. Upstream contractors may be liable not only for unpaid wages, but also for the plaintiff’s legal fees, interest and damages (according to the Labor Act § 198).

Joint and several liability cannot be waived… except by a union. The joint liability of a contractor for the wages of subcontractors cannot be waived by agreement or waiver, except through a collective agreement. As stated in the Labor Law §198-e (10), “[t]the provisions of [§198-e] may be waived by collective agreement with an established bona fide building and construction trade union organization, and / or its affiliates, as representative of collective bargaining for individuals performing work on a project, provided that such waiver is valid, it explicitly refers [§198-e]. “

Who can file a complaint. Claims under §198-e can be lodged by a worker or by a third party on behalf of the worker, including the Attorney General.

Limitation period. The liability of the entrepreneur under §198-e is limited to complaints that arose within three years before the start of the complaint. This is shorter than the six-year limitation period that applies to wage claims against “direct” employers.

Information requests. The new law also adds a new article 756-f to the general business law (“§ 756-f”), providing that at the request of the upstream contractor, a subcontractor must provide the following information: (1 ) certified payslips; (2) the names of all workers on a given project; (3) the name of the contractor’s subcontractor, if applicable; (4) the expected start date of the contract; (5) the expected duration of the work; 6 ° the local unions of which the subcontractor is a signatory contractor, if applicable; and (7) the name, address and telephone number of a subcontractor contact person. By § 756-f (1), “[s]These payroll records must contain sufficient information to inform the entrepreneur… Under § 756-f (3), an upstream entrepreneur is entitled to withhold payments due to a subcontractor who does not provide this information in right time.

So what should general contractors, prime contractors and other upstream construction contractors do to mitigate risk under the new law? First of all, they should avoid contracting out with any entity whose willingness or ability to meet its salary obligations is questionable. Second, they must ensure that their contracts with subcontractors contain at least the following provisions:

Of most concern about the new law is its blatant avoidance of any factual inquiry into whether the upstream contractor would be considered a joint employer or a co-employer of a subcontractor’s employees – a legal question that would control normally the extent of the responsibility of the upstream contractor. for wages and other employment-related claims. By imposing strict liability on upstream contractors, §198-e effectively transfers liability for wages to a party with no direct relationship to – and potentially no control over – the workers involved.

Construction underway to repair the Nebraska highway is ahead of schedule

Shakir Khan, an official in Lodi, arraigned on criminal charges

Pan-United and Shell explore decarbonization solutions in the construction industry