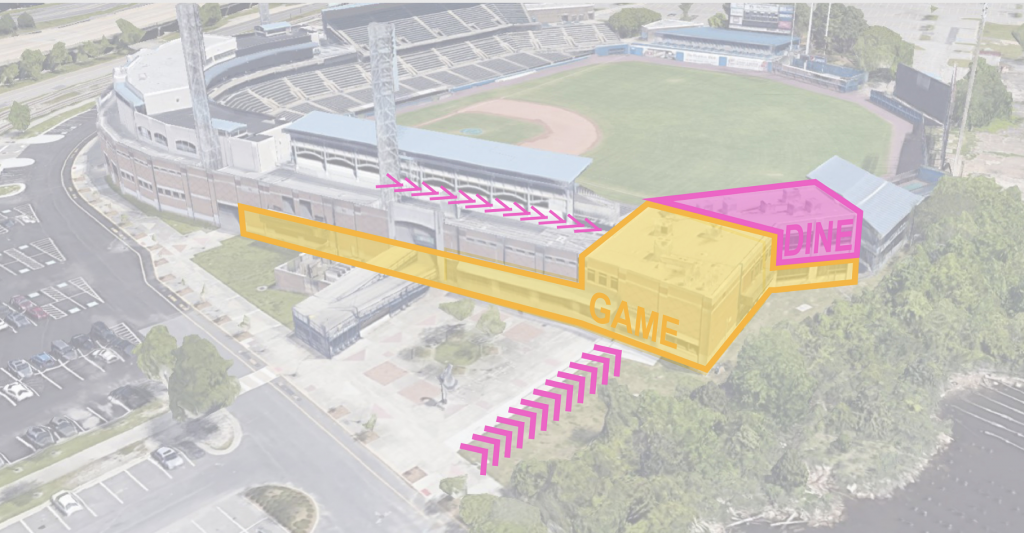 The Norfolk Planning Commission on Thursday approved an application for a conditional use permit from the Pamunkey Tribe to open a temporary casino in Harbor Park before opening the $500 million HeadWaters Resort & Casino nearby. The request now goes to Norfolk City Council in June.

Harbor Park is home to Norfolk’s minor league baseball team, the Tides, and is located along the Elizabeth River. The temporary casino would be housed at the stadium in the Pernell “Sweet Pea” Whitaker boxing and fitness center, which closed about two and a half years ago, and in the Hits at the Park restaurant.

The first floor of the center would house the casino and the second floor would include casino space and an upscale sports bar and grill. The boxing center moves to the Park Place Multi-Service Center while Norfolk explores a permanent location for it.

In addition to the casino and restaurant inside the stadium, the developers have requested permission to build a tent and temporary offices nearby. These will be removed within six months of the cessation of temporary casino operations.

Part of the plans is to spend $175,000 to upgrade kitchen equipment at the existing Hits at the Park restaurant.

“It will be a first step into the Norfolk market that will show what HeadWaters can actually do,” he said.

Smoking is prohibited inside the facility, Ferguson said. He also said security is a top priority and the casino, which will be open 24 hours a day, will have at least 45 security guards.

The tribe hopes to obtain a license from the Virginia Lottery Commission on July 20 so it can begin construction of the temporary casino. Ferguson estimated it would take six months to complete construction and hire, train and develop the necessary staff. He expected 275 employees to work in the temporary facility, most of them full-time workers. The casino’s goal is to hire 90% of employees locally, with 50% of those workers being from minorities, officials said.

Before the casino begins recruiting these workers, however, Ferguson said the tribe first wants to go through the city’s approval process.

The permanent HeadWaters Resort & Casino will include a convention hotel, on-site restaurants, entertainment venue, spa and swimming pools. In September 2021, the Pamunkey Tribe appointed Newport News-based construction company WM Jordan Co. and Suffolk Construction as general contractors for the construction of the casino. The 300-room hotel, casino and entertainment project, which is expected to open in 2024, is expected to create around 2,000 construction jobs.