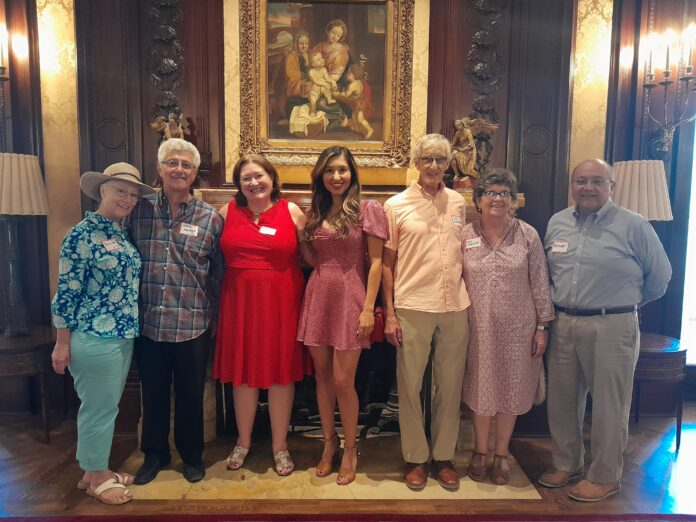 First published in the August 25 print issue of Pasadena Outlook.

Mayfield Secondary School recently hosted its Strub Hall Open Day and Celebration, which welcomed neighbors and community members to get a first look at its newly renovated central building.
The commemoration marked the end of the ambitious 13-month building phase of the largest fundraising campaign in school history, and the Strub Hall: Century 2 campaign will finally culminate in 2025 on the school’s 75th anniversary. opening of the doors of the Lycée le Rue Bellefontaine. This magnificent building was designed by famed architect Frederic Louis Roehig as a family home 100 years ago, and is one of the few remaining structures on Pasadena’s “Millionaire’s Row.”
Local partners Illig Construction Company and KFA Architecture were always aware of the building’s historical value while adapting this “heart of the campus” to meet 21st century demands – with obvious updates and unseen improvements – including HVAC building-wide, plumbing, electrical and seismic stability.
According to Tarrah Beebe, senior partner at KFA Architecture, renovating this Beaux-Arts mansion with COVID regulations and class schedules provided a host of unique challenges: “On a complexity scale of 1 to 10, this project [was] a 12!” But for those who attended the open day, they could only observe the stunning results: an elegant and welcoming space that will serve Mayfield Senior School and its students for decades to come.
The Strub Hall Open House was an informal event where guests were able to get private tours of the renovated space and also enjoy light refreshments. School principal Kate Morin and the school’s associate director for strategic initiatives Angela Howell were on hand to reveal the outcome of the renovations, answer any questions about the planning and process, or learn how to participate in the current campaign.
Guests included alumni, incoming students, faculty/staff, neighbors, and even Pasadena Heritage representatives. The event was one of many celebrations planned to commemorate the end of construction on campus, to highlight modernizations and improvements inside Strub Hall, and to mark the five-year Strub Hall campaign. Century 2: Transformation. This campaign is well underway and is now entering the public phase.