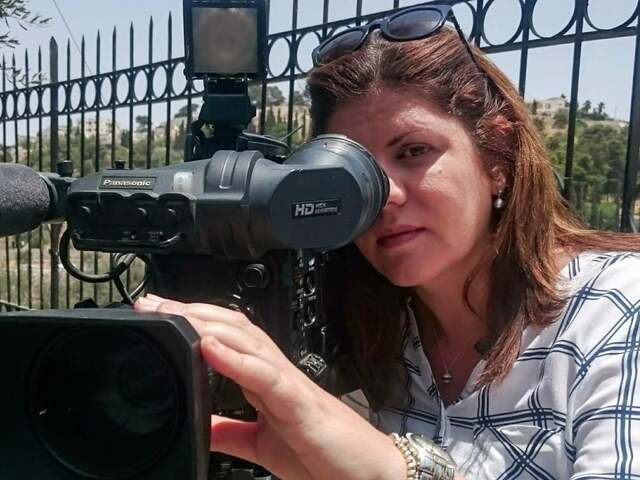 EDITORIAL: Al Jazeera journalist Shireen Abu Aqleh was a familiar face on television screens in the region as she covered major news events in the occupied Palestinian territories, usually the funerals of Palestinians killed by the forces of Israeli occupation. Last Wednesday, her own body, draped in the Palestinian flag, was carried through the streets of Jenin where she was shot while covering an Israeli raid in the West Bank city.

Another colleague, producer Ali al Samoudi was shot in the back, luckily he survived. It should be noted that when a bullet hit her near the ear, she was wearing a bullet-proof vest clearly marked with the word “press” as well as a helmet. Expressing its dismay and anger at the murder, the outlet said, “Occupation forces murdered in cold blood” its correspondent in Palestine.

While the incident was widely condemned, Israeli Prime Minister Naftali Bennett tried to shift the blame to the other side, saying “it seems likely that armed Palestinians, who were firing indiscriminately at the time, were responsible for the unfortunate death of the journalist. ” But all the testimonies denied his claim.

According to the wounded Samoudi, there was no Palestinian military resistance at the scene, and that they were still preparing to film the Israeli army operation when, without warning, a first bullet hit him and the second touched Shireen. An AFP photographer also confirmed that no armed Palestinians were visible in the area at the time Abu Aqleh was killed.

Later, an independent Israeli human rights group, B’Tselem, said its investigators had concluded that the Palestinian gunshots seen in the video could not be the gunshots that hit Shireen and Samudi. It turns out that Israeli forces are used to targeting Palestinian journalists with impunity.

In May last year, they bombed a building in the Gaza Strip housing the offices of Al Jazeera and the Associated Press. Earlier, in 2019, a UN Human Rights Council commission of inquiry found “reasonable grounds to believe that Israeli snipers intentionally fired on journalists, despite being clearly marked as such during the 2018 protests along the Gaza-Israel border.”

Al Jazeera now wants the international community to hold Israeli forces responsible for the “intentional targeting and killing” of its correspondent. UN Secretary General Antonio Guterres also called for an independent investigation into the killing. Backed by the United States, Israel has so far been able to ignore all such demands. But the latest atrocity seems to put them both in an awkward dilemma since the journalist killed was an American of Palestinian descent.