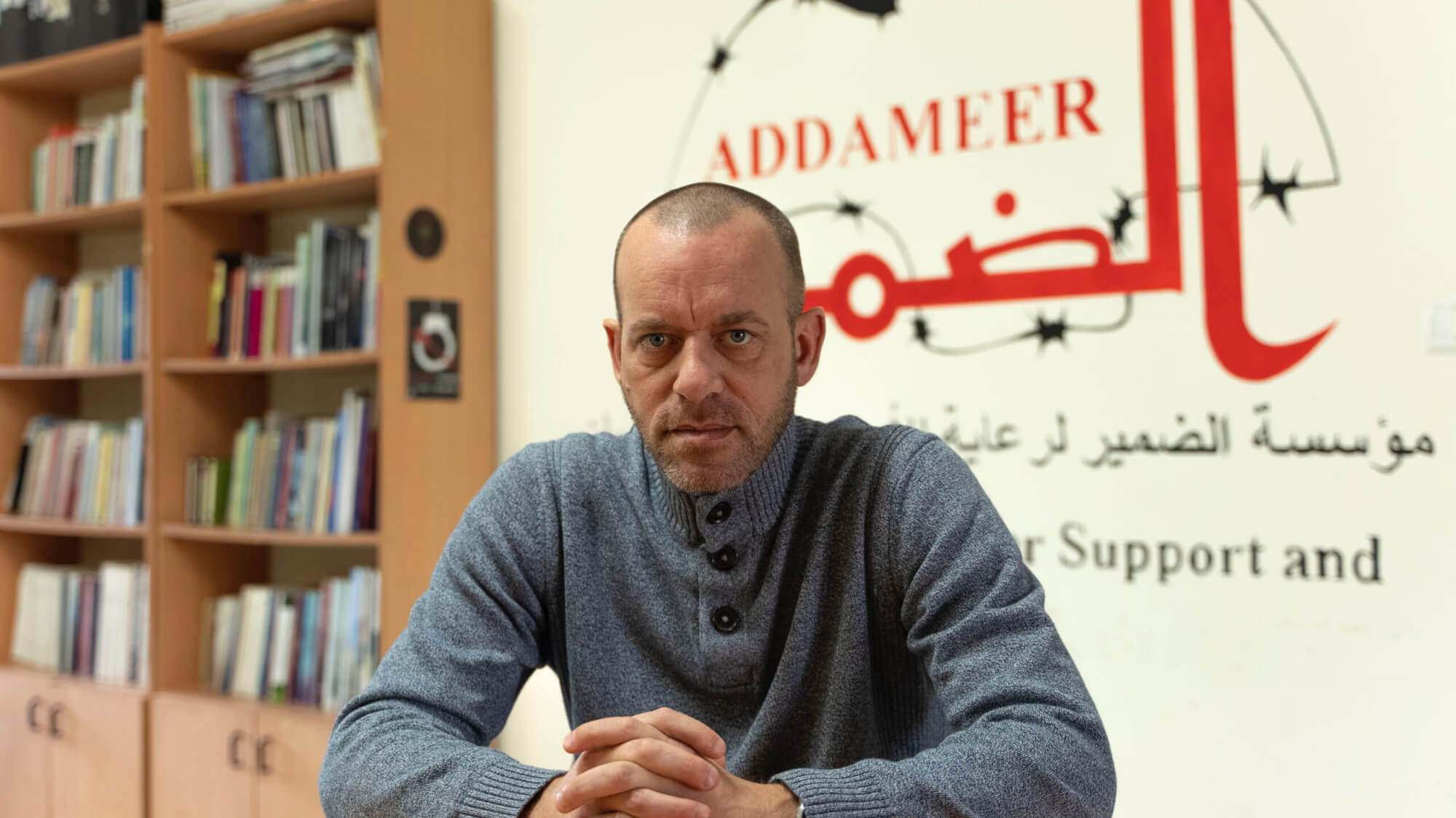 In a new submission to the International Criminal Court, Palestinian human rights lawyer Salah Hammouri called on the court to urgently investigate war crimes committed by Israel in the Occupied Palestinian Territory.

In his submissionHammouri, who was reincarcerated by Israel in March, details years of harassment and abuse by the Israeli government for his human rights work.

Hammouri, the son of a Palestinian father and a French mother, is a prominent lawyer and human rights defender in Palestine. Over the past two decades, he has spent more than eight years in an Israeli prison, his first incarceration at just 16.

Last year, Hammouri was named as one of several Palestinian activists who were the target of a hack by Israeli surveillance company NSO Group.

Hammouri was arrested at his home on March 7, a day after he published an article in Jacobin Magazine detailing his years of imprisonment and the Israeli government’s decision last year to revoke his residency status in his hometown of Jerusalem, paving the way for his expulsion.

Since his arrest, he has been held in administrative detention – Israel’s policy to imprison Palestinians without charge or trial.

“Today I stand at the most difficult crossroads of my life, from injury to exile, to detention without charge, etc. The occupation does not stop at killing us, detaining us and move us,” Hammouri wrote in his submission, which was filed on his behalf by lawyers from the Center for Constitutional Rights (CCR) and the International Federation for Human Rights (FIDH).

“He persecutes our dreams and murders them. The uncertainty of where I might end up once released is a whirlwind of thoughts that haunts me daily. It affects my morale and my psychological state is like being on a roller coaster,” he said.

“I hope that my dream of continuing to live, free, in my homeland will not be killed.”

According to a CCR statement, Hammouri’s submission “adds to a growing body of evidence that ICC Chief Prosecutor Karim Khan must weigh as he considers bringing charges against Israeli officials for crimes of war and crimes against humanity”.

In its communication regarding the Hammouri case, the CCR urged the court to investigate the “ongoing – and growing – attacks and forced displacement of Palestinians from East Jerusalem alongside the continued transfer of Israeli citizens to occupied territory in the framework of its war crimes and crimes against humanity investigation in the territory of Palestine.

“We call on your office to focus on multifaceted efforts to expel Palestinians from Jerusalem, including through home demolitions, discriminatory zoning, forced evictions, arbitrary detention, an elaborate permit system, and permit revocation. residency, of which Mr. Hammouri’s case is both a stark example and a warning of new tactics,” the submission letter read.

So where are the Palestinian voices in the mainstream media?

Mondoweiss covers the full picture of the struggle for justice in Palestine. Read by tens of thousands of people every month, our truth journalism is an essential counterweight to the propaganda that passes for news in mainstream and traditional media.

Our news and analysis are accessible to everyone, which is why we need your support. Please contribute so that we can continue to raise the voice of those who defend the rights of Palestinians to live in dignity and peace.

Today, Palestinians are fighting for their lives as the mainstream media turns away. Please support journalism that amplifies urgent voices calling for freedom and justice in Palestine.

WHO warns of covid surge in PNG election