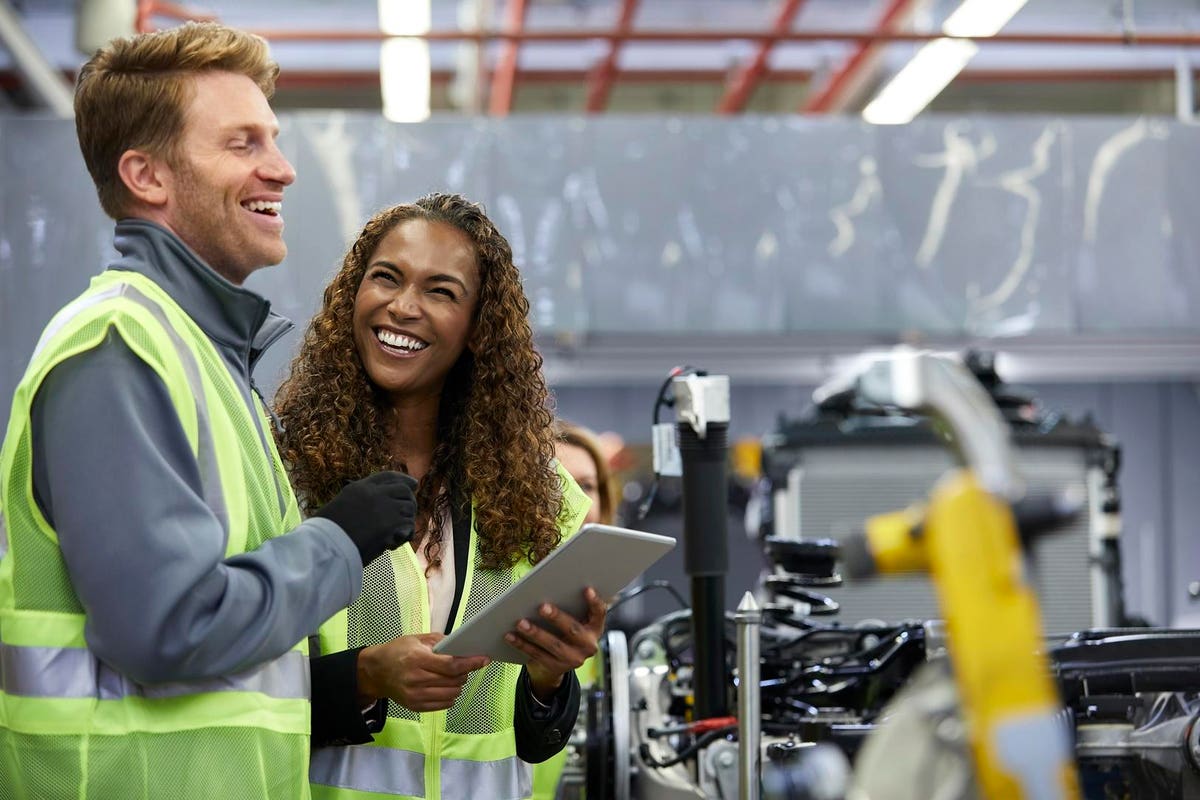 The introduction of robots into the labor market has been well documented in terms of the impact on employment and employability. However, one aspect rarely discussed is the role that robots could play in terms of inequality in the workplace. To research of the University of Pittsburgh tries to fill this gap and argues that robots have the potential to alter marital status and even marital fertility.

The authors suggest that when robots enter the workforce, it affects women’s willingness to make long-term commitments like marriage. In addition, it turned out that the introduction of robots affected women’s income much less than that of men, which itself plays a role in reducing the gender pay gap.

The researchers tracked the impact of robots in 741 regions of the United States and found a notable decline in gender inequalities in terms of income and labor market participation after the introduction of industrial robots. Interestingly, however, they also found that this influence extended to the household, with an impact on marriage stability, fertility, and men’s earning power.

“There has been intense debate about the effects of robotics and automation on labor market outcomes, but we still know little about how these structural economic changes are reshaping key life course choices. “ say the researchers.

Life in the Age of Robotics

There has been considerable exploration of the impact of robotics on the economic prospects of workers at a time when robots are more prevalent in the workplace. The researchers wanted to expand this to explore how it might impact family life as well.

The data was collected from the American Community Survey, which provides information on marriage, divorce, fertility and cohabitation on an annual basis. Researchers evaluated each report from 2005 to 2016 and looked at data from the International Federation of Robots on robot exposure across the country.

They also tried to limit any potential influence of demographic trends by comparing regional employment figures with the rise of robotics in the United States and then in Europe. The results showed that there was a distinct effect on men and women when exposed to robots in the workforce.

The results show that an increase of one standard deviation in exposure to robots tended to hurt the career prospects of men, with their earnings decreasing. This in turn reduced the gender income gap by around 4.2% and the labor force participation gap by around 2.1%. As a result, women in these fields have greater bargaining power and men in these fields suffer from a decline in their economic status.

Interestingly, the introduction of robotics also changed family dynamics. For example, while the researchers observed no overall decline in fertility, they found a decline in marital fertility of 12%, which corresponded to a 15% increase in births outside marriage. Additionally, areas where robot deployment has increased also experienced a 1% drop in marriage rate, a 9% increase in divorce rate, and a 10% increase in the likelihood of cohabitation.

These results were consistent across all industries, from automotive to electronics. It also seemed to be consistent over time rather than something that was unique to a particular time. This prompted them to conclude that robots were not replacing humans per se, but they nevertheless caused a ripple effect that policymakers and businesses should be aware of and anticipate.

These plans could focus on family policies that provide more effective coverage for married and cohabiting couples, while also striving to harness employer-employee data to ensure that any concerns about the well-being of children in families affected by robots is taken into account.

“Our findings add to a long-standing discussion of the effects of technology – home appliances, medical advancements, etc. – on family and fertility decisions by focusing on a more recent wave of technological change, particularly the development of robotics and automation “, the researchers conclude. “These technological changes, instead of directly affecting fertility and family choices, could disrupt them by profoundly altering employment opportunities for women and men.”