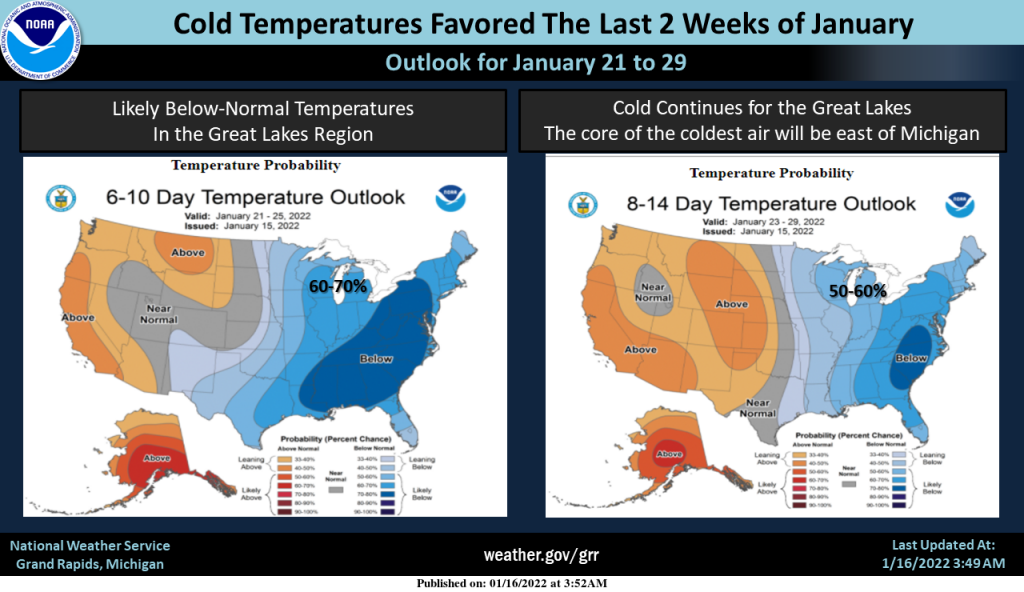 After cold morning temperatures, dry weather will continue through Sunday, with plenty of sunshine over much of southern Lower Michigan. The next chance for lake-effect flurries arrives late Sunday night through Monday evening, with light accumulations possible in areas near the lakeshore. Temperatures will be in the low 20s in the north and near 30s in all three southern counties.

Last year around this time we had below normal snowfall. I wrote on January 16, We will once again see the oddity that is snow in the state today. We’ve had 2.5 inches at Otsego so far for January and 8.2 inches since December 1. I thought last year was bad because we failed to hit 40 inches for the winter season. Like last year, we are dying in small steps with mediocre amounts of synoptic events and a lack of lake effect due to the lack of arctic air. We had a high temperature of 43° yesterday. We currently have rain and 34° at 7 a.m.

This is the Hunga Tonga volcano in the small island nation of Tonga in the western Pacific.

Tonga’s Hunga Tonga volcano has just experienced one of the most violent volcanic eruptions ever captured by satellite. pic.twitter.com/M2D2j52gNn