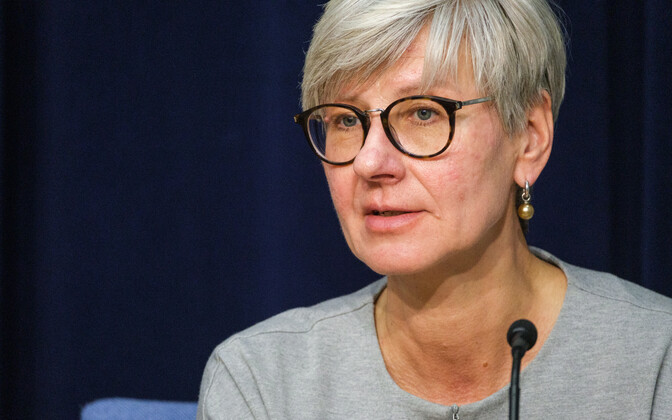 Head of RKAS: construction could be interrupted, EU funding risks being recovered | News

According to Kusmin, the likelihood of these projects being completed on time and on budget has decreased significantly over the past few weeks. Labor and material costs had already started to rise steadily during the COVID pandemic, but as part of the war in Ukraine, the construction sector was also hit by difficulties in the supply of materials. building materials, sharp increases in fuel costs and worsening labor shortages.

The duration of construction contracts signed on the basis of public procurement has also been extended from four to six months, as the availability of construction materials has deteriorated.

According to Kusmin, RKAS’ partners in the construction sector have informed the company that the situation will become even more difficult in the near future, and that there are no good quick fixes to change supply chains or for Estonian construction companies solving cross-border issues. .

“Rising energy prices and labor shortages on construction sites, where many ethnic Ukrainian construction workers have returned to Ukraine to defend their homeland, as well as the availability of materials further aggravate an already tense situation,” she said. “Much of the metal, bitumen or wood used in construction used to be supplied by Ukraine, Belarus or Russia.”

Risk of recovery of EU funding

The CEO of RKAS noted that in common practice for public procurement, changes to contracts, including time frames or prices, are strictly regulated. And even if contracts are not changed, showing understanding to contractors who have run into difficulties has proven very problematic in the past.

“Namely, there have been instances where recoveries have been requested on projects financed by EU structural funds solely because granting a contractor additional time to fulfill its obligations or not issuing a contractual penalty to a contractor was interpreted as an unauthorized modification of a contract,” she explained.

According to Kusmin, in these current exceptional circumstances, all this could lead to the interruption of work on many important construction projects, as a result of which many buildings could end up unfinished.

“It would be possible to place new public contracts for the completion of these construction works, but this would mean that the costs of the project would increase due to the evolution of the market situation, the incorporation of the cost of future risks price contingencies as well as the risks of taking over a property from another contractor,” she said.

“Project implementation timelines would also be delayed,” she continued. “The possibility that a similar pattern caused by unpredictable price increases or supply difficulties could recur with new supply contracts also cannot be ruled out, as there is great uncertainty in the market.”

Australia is accelerating missile upgrades due to growing threats: NPR