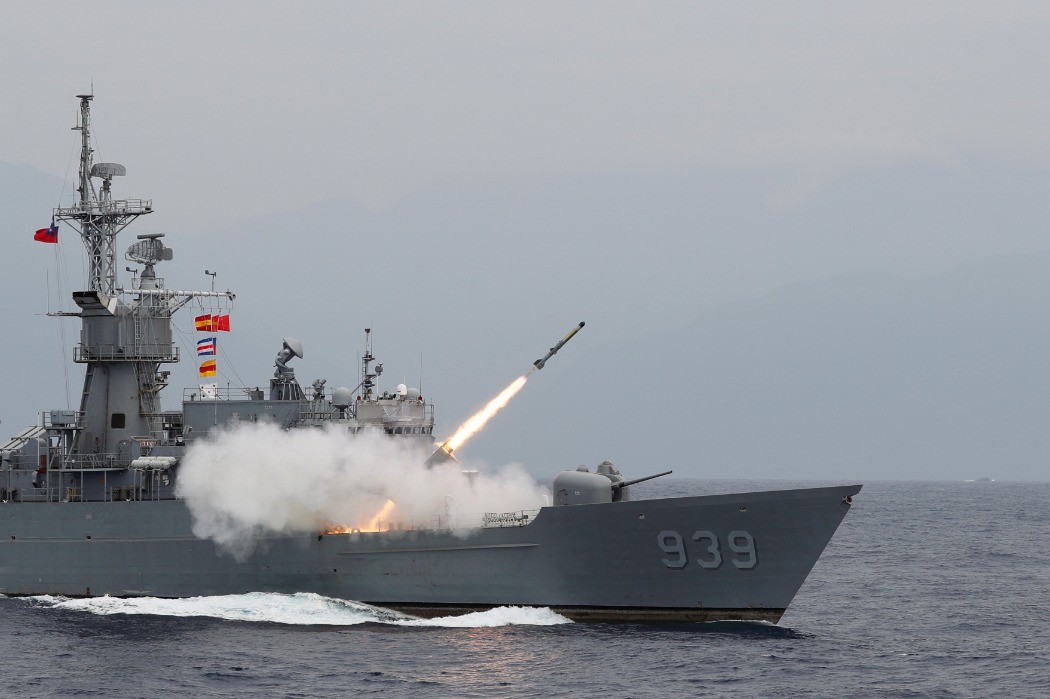 The terrain changed under Washington’s policy towards Taiwan on December 8, a change no less seismic for being subtle and semantic. During a hearing of the Senate Foreign Relations Committee, the Deputy Secretary of Defense for Indo-Pacific Security Affairs Ely Ratner affirmed that Taiwan is “a critical node within the first island chain (in the Western Pacific), anchoring a network of American allies and partners …”

Although he focused on deterring a Chinese military attack on the island, it’s hard not to interpret Ratner’s statement as reflecting a judgment that Taiwan’s reunification with the mainland can in no way be authorized. If Taiwan is a critical node and an anchor for American security in the region, it must remain out of the hands of China. Whether Ratner’s intention or not, that was the message Beijing received, which will recalibrate its strategic plans accordingly.

US policy has moved slowly but inexorably in this direction for years, thanks to gradual improvements in US relations with Taiwan and gradual reinterpretations of Washington’s “one China” commitments to Beijing. These commitments made possible the establishment of diplomatic relations between the United States and China in 1979. All of this has been repeatedly explained as “consistent with our one-China policy.” But the substance of this policy has become more and more indistinct and elusive over time. And Ratner provided a seemingly new rationale: after stressing Taiwan’s critical importance, he said it was “for these strategic reasons that this administration, like its predecessors, affirmed our commitment to our policy. of one China, as guided by the government of Taiwan. Relations Act, the three joint US-PRC news releases and the Six Assurances. When did Taiwan’s strategic importance become the basis of “our one-China policy?” It was the continent’s strategic importance that prompted the transfer of American diplomatic recognition from Taipei to Beijing.

Additionally, the Biden administration appeared to adopt a rhetorical shift in its quotation from the founding documents of “Our One-China Policy,” regularly emphasizing and citing the law on relations with Taiwan (TRA) of 1979, while minimizing or sometimes even not mentioning the Three Communiqués. Unlike the TRA, the Three Communiqués actually reflect bilateral agreements with Beijing. Apparently, it is necessary to briefly recall what these documents actually say.

The TRA, as we are now frequently reminded, asserts that the United States “would consider any effort to determine Taiwan’s future by means other than peaceful … a threat to the peace and security of the Western Pacific and a serious concern for the United States. “Accordingly, Washington must” maintain the ability of the United States to resist any use of force or other forms of coercion that would endanger security, or the social or economic system, of the people of Taiwan. “However, it is important to note that this never constituted a commitment by the United States to defend Taiwan. The TRA was originally a complement to” our one-China policy. ” , not its basis.

The Three Communiqués, on the other hand, deal explicitly with “one China”. In both the Shanghai Communiqué of 1972 (on the occasion of President Nixon’s famous trip) and the 1979 standardization release, the United States said it would “recognize … China’s position that there is only one China and that Taiwan is part of China.” Although the US recognition does not constitute an agreement, it should be noted that the Shanghai communiqué added that “the United States does not dispute this position”. In addition, and no less important, in the third (“arms sales”) 1982 press release, Washington asserted that “it does not intend to infringe on China’s sovereignty and territorial integrity, or to interfere in China’s internal affairs, or to pursue a policy of ‘two Chines “or” a China, a Taiwan “.

A key question today is whether Washington is now drifting towards a “one China, one Taiwan” policy. In addition to characterizing Taiwan as an “anchor” for American security in the Indo-Pacific, Ratner described it as a “successful and prosperous democracy”. Assistant Secretary of State for East Asian and Pacific Affairs Daniel Kritenbrink, who appeared with Ratner at the Senate hearing, described him as “an important American partner” and “a leading democracy, a technological powerhouse and a force for good”.

But what is Taiwan, in American politics, with regard to “one China?” Ratner, Kritenbrink and other officials in the Biden administration all regularly speak of Taiwan as distinct from China, especially when including it in the community of democracies that are in a strategic competition against autocracy, as illustrated by China. If Taiwan is not part of China, or part of “one China” (in “our one-China policy”), and is indeed part of an international struggle against the People’s Republic of China, how is it not “de facto” a “one China, one Taiwan” policy?

Washington has asserted (since 1950) that Taiwan’s international legal status remains “undetermined” and regularly – or at least occasionally – asserts that the United States “does not support Taiwan independence.” But Taiwan’s formal independence is not the central issue, especially since Taiwan itself regularly asserts that it is already a sovereign and independent country and therefore has no reason to take any action. other measures to formalize it. The central question is whether Taiwan can achieve permanent separation from the mainland. The significance of Ratner’s statement is that it provides the rationale for US support for permanent separation from Taiwan. Indeed, he argues that this is a strategic imperative for the United States.

Intentionally or not, Ratner and Kritenbrink hide this behind their very apt reaffirmation of Washington’s opposition to Taiwan’s forced unification with the mainland. Ratner observed that “the leaders in Beijing have never renounced the use of military aggression.” Kritenbrink said: “We have publicly and privately urged the PRC to uphold its commitment to resolve the cross-strait issues peacefully. But no country voluntarily renounces the use of force to defend its claims to sovereignty, and Beijing has never made a commitment to peacefully resolve the Taiwan question. The latter is a myth based on a selective misinterpretation of the American-Chinese exchanges dating from the Three Communiqués. Beijing has never promised anything more than “to strive for a peaceful solution to the Taiwan question”, and Washington has said explicitly (in the 1982 press release) that he “understands and appreciates the Chinese policy of seeking a peaceful resolution”. However, on this occasion, President Reagan issued an internal memo noting that “the willingness of the United States to reduce its arms sales to Taiwan is absolutely conditioned on China’s continued commitment to a peaceful solution. Taiwan-PRC dispute. It should be clearly understood that the nexus between these two issues is a continuing imperative of US foreign policy. But that was not Beijing’s understanding or commitment; and so the Reagan Note was a one-sided American interpretation.

In any case, the statements of Ratner and Kritenbrink essentially show that Washington opposes even a peaceful unification of Taiwan with the mainland, since the autonomy of the island from Chinese control is essential to the vital interests of the states. United and regional security. In this regard, Ratner has taken a big step forward in the debate over whether Washington should abandon “strategic ambiguity” in favor of “strategic clarity” – publicly affirming its commitment to defend Taiwan against a Chinese attack. In an exchange with Senate Foreign Relations Chairman Robert Menendez, Ratner said it was his “personal opinion” that “a change in US declaratory policy would not significantly enhance deterrence “against Beijing. But in his formal statement, Ratner seemed to come close to that line nonetheless. He later said the Pentagon “remains committed to maintaining the ability of the United States (invoking the TRA) to resist the use of force or other forms of coercion that could compromise the security of the Taiwanese people. Let me be clear that this is a top priority: the PRC is the stimulus challenge of the ministry and a Taiwan contingency is the stimulus scenario. We are modernizing our capabilities, updating the posture of US forces and developing new operational concepts accordingly. It may not have been “a change in US declaratory policy,” but it certainly sounded like a determination to defend Taiwan if it comes under attack.

Beijing has long assumed that Washington would stand up for Taiwan, so Ratner is probably correct that a public commitment by the United States to do so would not strengthen deterrence. On the contrary, Ratner’s statement is likely to strengthen Beijing’s determination to resolve the Taiwan question by any means necessary, as well as its belief that Washington is opposed to unification in any form.

This new situation requires two things from Washington. The first, urgently, must be an effort to complement China’s deterrence with some form of reassurance to Beijing that “our one-China policy” still has substance and does not include support for China. permanent separation of Taiwan from the mainland. This, of course, depends on whether it’s really correct, Washington is willing to offer such assurance, and Beijing is willing to believe it. The second, less urgent but no less important requirement is that Washington examine whether there is a conceivable form of reunification between Taiwan and the mainland that is not deemed contrary to the vital interests and security of the United States.