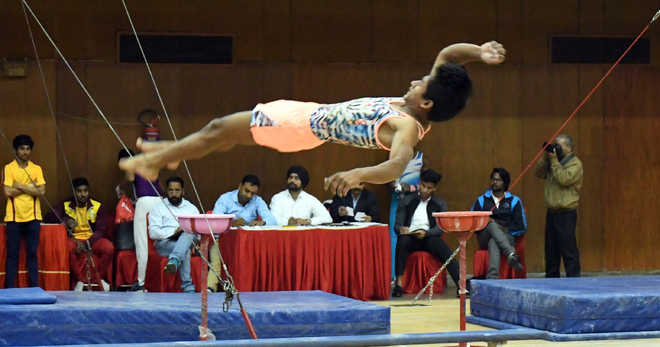 Having failed to qualify for the national team, India’s most decorated male gymnast, Ashish Kumar, says he was wronged by the selection committee. Kumar broke the glass ceiling for Indian gymnasts by winning two medals (silver and bronze) at the Commonwealth Games and a bronze at the Asian Games in 2010.

In a letter written to the President of the Gymnastics Federation of India (GFI), Sudhir Mittal, Kumar said he had “faced injustice” during the selection trials held on May 11. Kumar, who is an Arjuna award winner, wrote in the letter. “The marks given to me were unfair and biased towards other gymnasts,” he added.

Kumar added that although he finished fifth overall, he was not selected, but the gymnasts finishing “below me (7th and 8th) were included in the team”.

In the letter, Kumar also requested a “video analysis” of the top eight gymnasts in the trials, adding that the videos would be sent to the international federation (FIG) for their review of the score.

“I think this review by the FIG will prove my point that a few judges and some members of the selection committee are together lobbying against me for their personal interests/conflicts,” he added.

“We don’t interfere in the selections at all,” Mittal told The Tribune. “The decisions are made by the coaches and the selection committee who are all former gymnasts. I think he is doing this because he missed something,” he added.

“As for the letter, he should have written to the federation only first. For him to address it to the Ministry of Sports and SAI is a clear act of indiscipline,” he added.