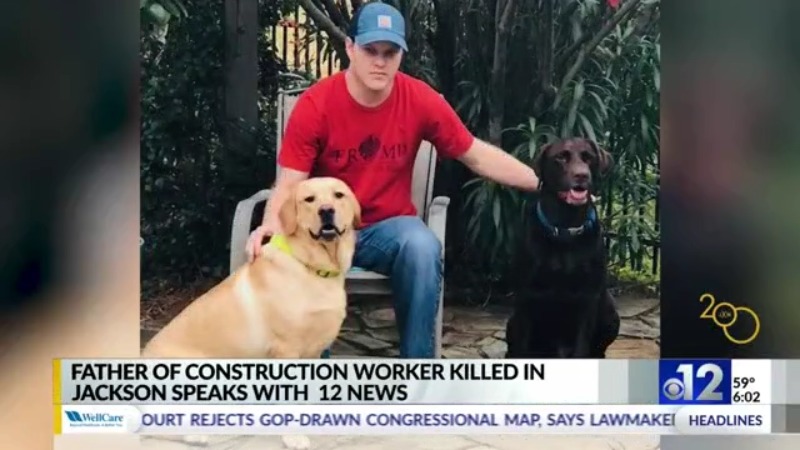 JACKSON, Miss. (WJTV) – The family of a construction worker who was killed in an accident in Jackson spoke exclusively to WJTV 12 News about their loved one.

Family members described Matthew Miller as a simple, selfless man. It was part of his family business MCA Construction, Inc.

JTRAN Reduces Hours of Operation Due to Labor Shortage

The 33-year-old died on Tuesday while working on a project on Livingston Road. Hinds County Corner said Matthew died of asphyxiation. His family said the ground beneath him suddenly collapsed.

“It was just one of those things where he was going out there to check and make sure there was nothing dangerous for anybody else,” his father, William Miller, said.

“He was so unique. He had a nickname for everyone and that was how he showed his love. He called me his little lady sister,” said Caroline Miller, Matthew’s sister.

“He didn’t even really care if they liked him. It just made him feel better knowing he was helping someone,” said Andrew Miller, Matthew’s brother.

The family said the love and memories they have of Matthew will be treasured forever.

“He helped so many other people that God said, ‘You’ve done enough, Matthew. You have done your job. It’s time to go home,” Caroline said.