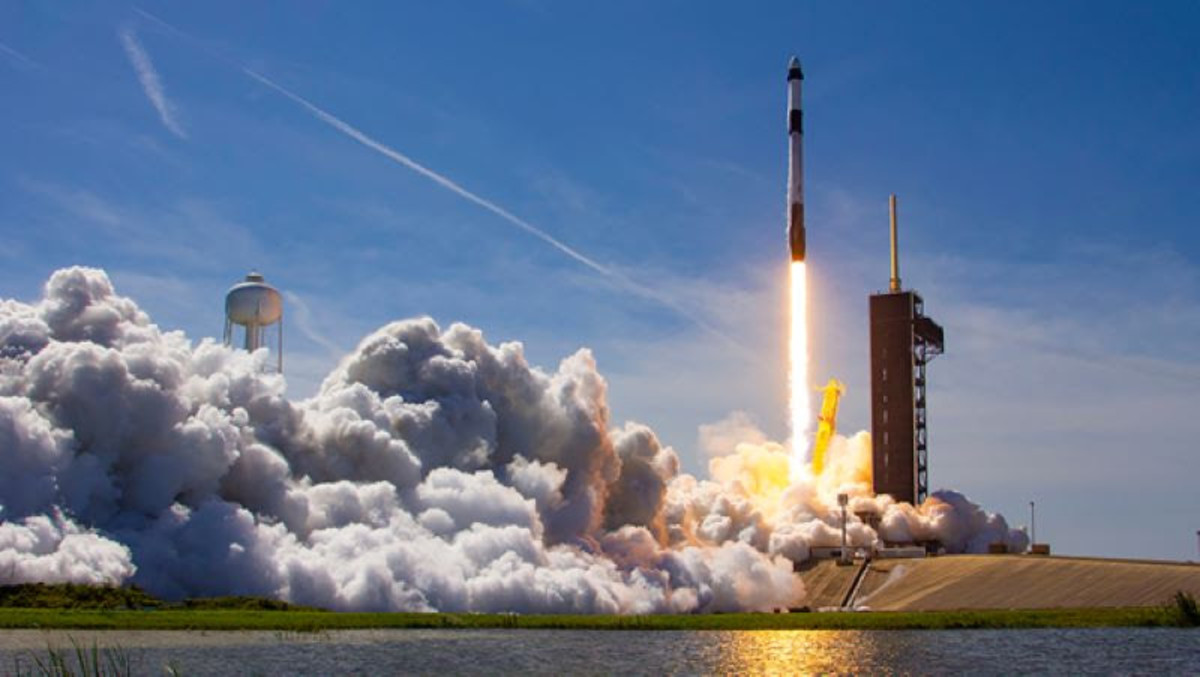 Extraordinary experience: Race car driver behind the wheel of the International Space Station

Connor is currently part of a four-man crew that is making history as the first fully private astronaut mission to the International Space Station (ISS). Connor and his “crewmates” successfully launched the Axiom 1 (Ax-1) mission from Cape Canaveral on Friday, April 8 (pictured above), in a SpaceX Falcon 9 Rocket-powered Dragon spacecraft to mark the start of a new era of privatized use of the ISS orbital laboratory.

Lifting off from historic Launch Pad 39A at NASA’s Kennedy Space Center in Florida, the mission includes Axiom Space astronauts Michael López-Alegría – mission commander and former NASA astronaut – and mission specialists Eytan Stibbe and Mark Pathy. Unsurprisingly, Connor (pictured below front) serves as the Ax-1 pilot in an astronomical evolution of his racing and championship experience in contemporary, historic and vintage competitions.

“When we received the email that Larry had to cancel his participation in Mitty due to scheduling conflicts, I had no idea he was going to the International Space Station on a SpaceX Falcon 9 Dragon a few days later,” HSR President David Hinton said. “We all wish Larry well with the rest of the mission and look forward to seeing him at an HSR event later this year when he returns to Earth.”

Connor’s last visit to the HSR paddock was at the season-ending 12-hour HSR Classic Sebring last December, where he broke his pre-flight training at Cape Canaveral – he completed nearly 900 hours of training at during the six months preceding Ax-1. launch – to join his team in shaking up his new Audi R8 LMP.

In addition to vintage and historic racing with HSR and other groups, Connor is a two-time SCCA Formula Atlantic National Runoff Champion, an accomplished SCORE Off-Road Champion and Class Winner and has competed in both the 24 Hours of Le Mans and at the Rolex. 24 In Daytona.

Connor’s daredevil pursuits, however, are far from limited to the racetrack. Still going strong at the age of 72, he won aerobatic competitions and climbed Mount Kilimanjaro and Mount Rainier.

Connor also completed three dives in five days in May 2021 in the Mariana Trench, an area of ​​the western Pacific Ocean which has a known depth of more than 36,000 feet – nearly seven miles – and is believed to be even deeper in places. Connor could very well hold the extreme record of being the only man to descend to the greatest depths of the earth and ascend the more than 225 nautical miles beyond our planet to reach the ISS in space.

According to NASA reports, Connor and his fellow crew members are scheduled to return to Earth no earlier than April 20 after approximately 12 days in space. The private astronauts of the Ax-1 mission, led by Axiom Space and SpaceX, will undock from the ISS at 10:35 a.m. on April 19 before beginning the return journey to Kennedy Space Center, where they will crash into space shore. from Florida at the earliest. at 7:19 a.m. on April 20.

Next up for HSR is the 44th HSR Mitty, round two of the 2022 HSR calendar, which will take place at Michelin Raceway Road Atlanta, April 27-May 1. Tickets for the 44th HSR Mitty are now on sale and available at www.HSRTickets.com. Competitor information, including registration information, event schedule, eligible race groups and more, can be found on the official HSR Mitty event page at https://hsrrace.com/themitty2022/.

About RSS: Now owned by the International Motor Sports Association (IMSA), Historic Sportscar Racing (HSR) was established in the mid-1970s with an event at Road Atlanta. There was a goal then and it remains true today: to celebrate the racing cars of the past. As a “time machine” of sights and sounds, HSR offers competitors and spectators a place to share the wonderful history and excitement created by the cars that competed on the race tracks. of the whole world. HSR currently sanctions eight vintage and historic racing events at some of the most renowned race tracks in the world, including Road Atlanta, Sebring International Raceway, Daytona International Speedway and more. The full schedule and complete event information can be found on the HSR website at www.HSRRace.com. Find the HSR channel on YouTube and follow HSR on Facebook at www.Facebook.com/HSRrace/ and on Twitter and Instagram at @HSR_race. A website dedicated to the 24 Hours Classic of Daytona presented by IMSA is available at www.Classic24hour.com.

Click here for another story about Connor and his exploits on the ISS.