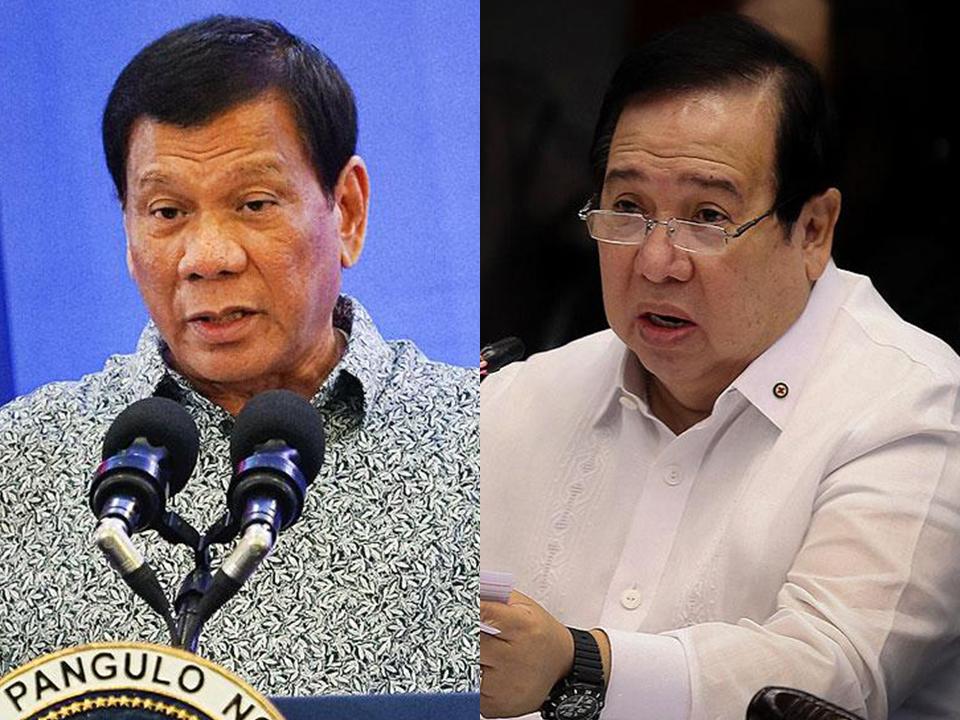 President Rodrigo Duterte claimed in a recorded speech broadcast Wednesday that Senator Richard Gordon is afraid to subject the Philippine Red Cross (PRC) to the Audit Commission (COA) for consideration.

The president made the claims amid the ongoing Senate Blue Ribbon Committee investigation into $ 8 billion in pandemic supplies purchases from small business Pharmally Corporation owned by a handful of Chinese.

Gordon, who sits as President of the PRC, also chairs the Senate Blue Ribbon Panel.

“Takot ka [ma-audit] kasi marami kang atraso over the years (you are afraid of being audited because you know you have accumulated skeletons over the years), ”Duterte said.

“You won’t have time to cover everything,” he added.

Presidential spokesman Harry Roque said earlier that government funds paid to the PRC for the conduct of the COVID-19 RT-PCR test are subject to a COA audit.

Duterte echoed Roque on Wednesday’s Talk to the People, saying Gordon will have to face his accounts.

“We need to know nasaan na ang pera (where the money is), Senator Gordon. I demand an answer, and we will consider it with the COA report which is a public document,” Duterte said.

GMA News Online has reached out to Gordon for comment, but has yet to receive a response.

In a previous statement supporting Gordon, the PRC Board of Governors stated that the audit of PRC funds is carried out by a private international accounting firm which is also the auditor of the International Federation of Red Cross Societies. and the Red Crescent which receives a copy of the independent audit report.

Likewise, they indicated that these previous audit reports did not reveal any wrongdoing against the institution or its agents involving regular operations and even in their initiatives during major disasters such as Typhoon Haiyan. (Yolanda), Tropical Storm Ondoy, and Tropical Storm Sendong, among others.

Yang was the former presidential adviser for economic affairs.