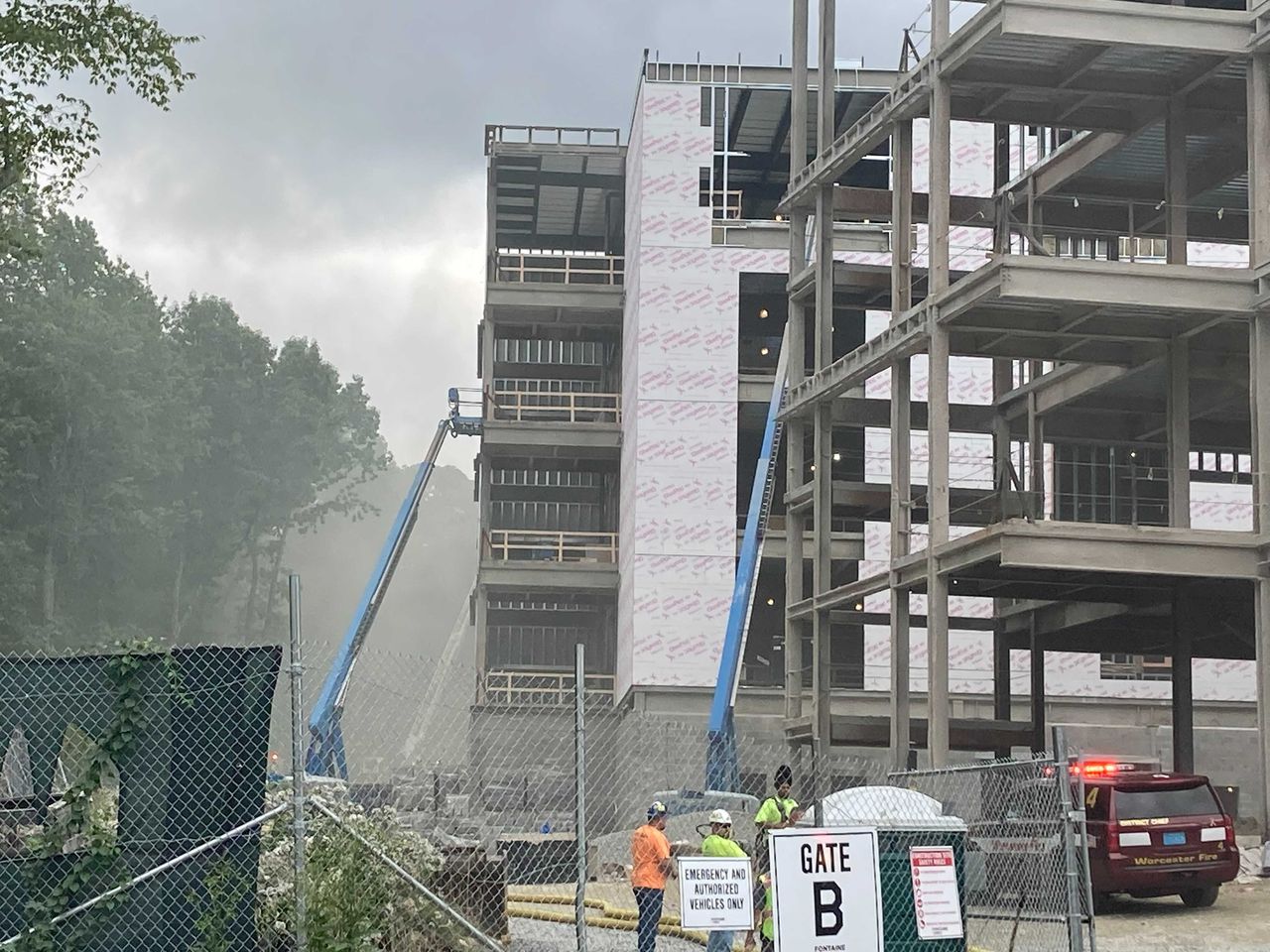 The fire at the construction site of the new Doherty Memorial High School, which sent a large plume of black smoke into the air, did not cause structural damage, according to Worcester Public Schools Superintendent Rachel Monárrez.

After the fire, officials were unsure of the impact on the construction schedule of the more than $300 million school project. The school is expected to be completed in the fall of 2024.

On Monday, officials reported heavy flames and smoke coming from the roof of 299 Highland St. when they arrived at the scene just after 3 p.m. The fire was located on the roof of one of the four buildings forming part of the construction of the new high school. .

The fire department immediately launched a “defense attack using aerial apparatus to extinguish the blaze” and it was brought under control in about 30 minutes, Deputy Fire Chief Adam Roche reported.

On Tuesday, the Worcester Fire Department said the cause of the blaze was a welding incident that ignited roofing materials.

Hot work is defined by the state as any work involving heat, sparks, or flames capable of starting fires or explosions, such as welding.

The department is still determining whether violations will be imposed on the construction company, according to Roche, but it will not issue another hot work permit until “an acceptable construction safety plan is presented and approved”.

The project manager is Fontaine Bros. Inc, according to its website, which is working with Dimeo Construction to build the school.

Fontaine Bros, Inc. and Dimeo Construction did not immediately respond to MassLive’s requests for comment.