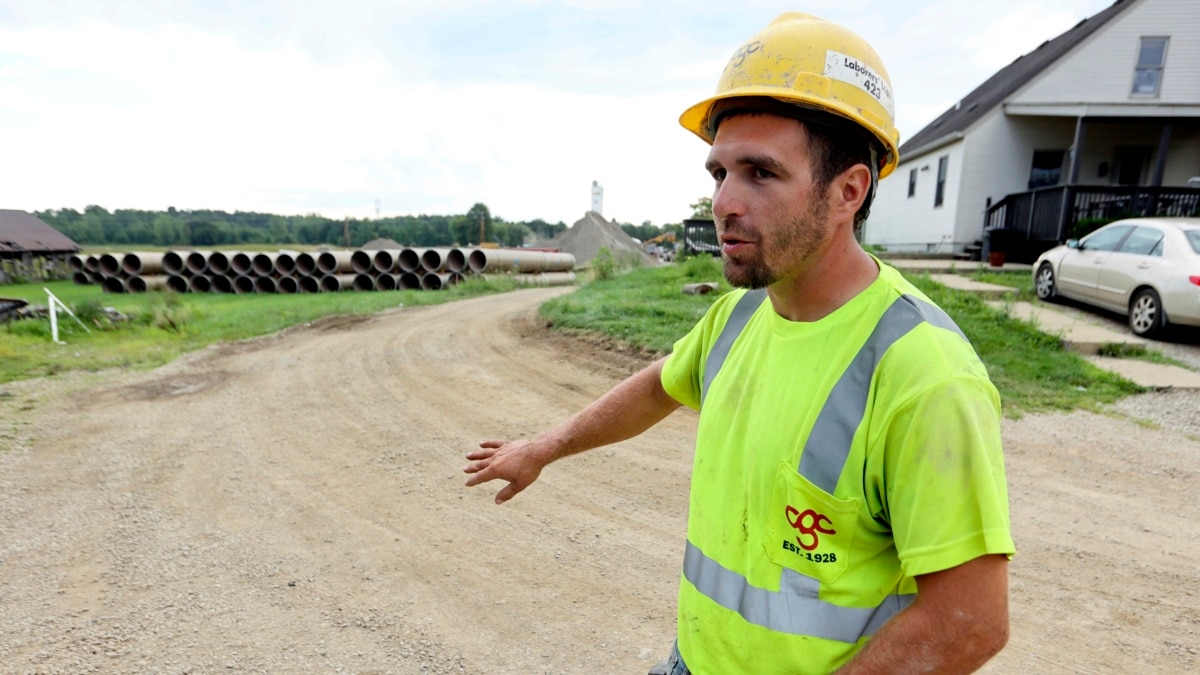 The largest economic development project in the US state of Ohio is expected to spark demand for labor.

The project will need 7,000 construction workers. But currently, experts say there is a nationwide shortage of people working in the industry.

The semiconductor Manufacturer Intel announced the $20 billion project earlier this year. When its two factories open in 2025 near Columbus, they are expected to employ 3,000 people with an average salary of around $135,000.

But first, the area must be developed and the semiconductor factories must be built.

Union leaders and state officials say central Ohio does not have 7,000 additional construction workers. Currently, projects in the area include a major Hilton hotel in the capital, Columbus, and a $2 billion addition to the Ohio State University Medical Center. Additionally, drugmaker Amgen plans to build a $365 million biomanufacturing facility not far from the Intel factory. Biomanufacturing uses biological systems to manufacture drugs, foods, and industrial products.

To win the project, Ohio officials offered Intel support equal to about $2 billion, including 30 years of tax cuts.

Construction is expected to pick up after Congress last month approved spending legislation aimed at helping the semiconductor industry and increasing scientific research in the United States. The act provides more than $52 billion in support to the semiconductor industry. It also offers a 25% tax credit to companies investing in computer processor factories in the United States.

“One of the main reasons Intel chose Ohio is to access to the region robust workforce,” the company said. “It will not be without challenges, but we are confident there is enough demand to fill these jobs.”

Federal government information indicates that there are approximately 45,000 construction workers in central Ohio. This number increased by 1,800 from May 2021 to May 2022, suggesting a shortage given current and future demands.

“I don’t know of a single commercial construction company that isn’t hiring,” said Mary Tebeau. Tebeau is part of the Builders Exchange of Central Ohio, a construction industry trade group.

Including overtime, wages for skilled tradespeople could reach $125,000 each year, said Dorsey Hager of the Columbus Building Trades Council.

Jon Husted is the Lieutenant Governor of Ohio. He said the Intel project is so big that it will involve people who hadn’t considered construction jobs before.

“When you’re willing to pay people more to do something, you’ll find the talent,” he said. Talent is a word to describe skills or people who have skills.

Will there be enough houses?

Some workers in the home construction industry will likely transition into building construction jobs. The change will likely reduce the limited supply of homebuilders, said Ed Brady of the Home Builders Institute, a trade group.

Ed Dietz of the National Association of Home Builders explained that the reduction in the number of home builders was likely to cause a housing shortage. He said a shortage could slow the economic development that Intel is trying to create.

Dietz asked, “How do you to attract these commercial investments if you can’t also provide additional housing available for the growing workforce? »

Central Ohio’s population is expected to reach 3 million by 2050. This rate would require the construction of 11,000 to 14,000 homes each year. That estimate came before Intel announced the project, Jennifer Noll said. It is part of the Mid-Ohio Regional Planning Commission. In 2020, the Region was only able to build 11,000 houses.

“We know we have work to do as a region,” Noll said.

I am John Russell.

to access – nm a way of approaching something or someone

Region – nm a part of a country, the world, etc., that is different or separate from other parts in some way

Sport by commission: The Tribune India