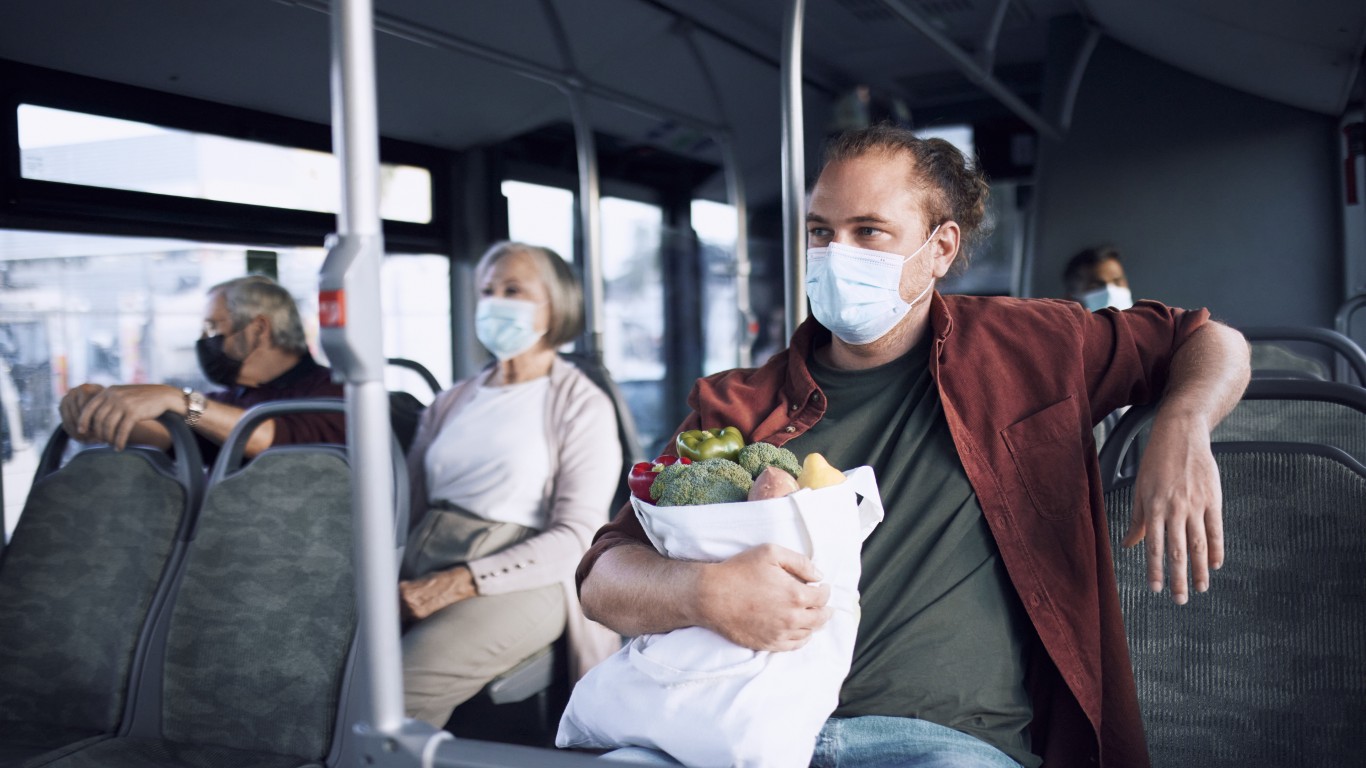 As we approach the second anniversary of the pandemic, we need not remind ourselves of the deadly nature of viruses. Since January 22, 5.58 million dead worldwide have been attributed to the novel coronavirus, SARS-CoV-2, which causes COVID-19. More than 864,000 of the deaths have been reported in the United States, according to data from Johns Hopkins Medical University.

As deadly as the novel coronavirus is, there are many other viruses that are deadly to humans. (COVID-19: it is the States that fight it most successfully.)

To find how the death rate from COVID-19 compares to other illnesses, 24/7 Tempo reviewed several resources. The metric, case fatality rate, or CFR, uses known infections and deaths, and so may be an overestimate or underestimate of the true overall infection fatality rate. The reported case fatality rate assumes no treatment or vaccines, which many diseases have.

Viruses are microscopic parasites that depend on other cells, from bacteria to plants to animals, to survive. For a virus to cause an infection, it attaches to the host cell at one of the receptor molecules on the cell surface. It then enters the host cell and proceeds to replicate and infect other host cells.

While some of the illnesses on the list are caused by viruses, others are caused by bacteria. Bacteria are small, single-celled organisms found almost everywhere on Earth, including in our bodies. Unlike viruses, bacteria do not necessarily need a host cell. And while many bacteria cause no harm, some can cause disease.

Viruses and bacteria can spread from person to person in the same way, whether through direct contact or through the air. Both can also cause illnesses ranging from mild to severe and chronic.

Some of the diseases on the list, like plague and cholera, have been with us for centuries and if left untreated can be fatal. Others are relatively recent plagues, such as Ebola (1976), H1N1 flu, also called swine flu (2009), and avian flu (H7N9) (2013).

Many of the diseases on the list are zoonotic, meaning they are spread from animals and can be fatal if left untreated. Many are specifically transmitted by mosquitoes. (Another tick-borne disease is Lyme disease. (These are the worst states for Lyme disease.)

Thanks to advances in medicine over the years, many have vaccines or treatments, and death rates are considerably lower today than they otherwise would be. Some, however, still have no treatment.

To find out how the death rate from COVID-19 differs from other illnesses, 24/7 Tempo reviewed several resources, including the World Health Organizationthe American army Medical Research Institute for Infectious Diseasesthe Centers for Disaster Control and Preventionas well as published research articles such as the Institute of Population Health Sciences, University of Newcastle’s Comparison of health risks from COVID-19 with other viral occupational risks.

The construction of the PoSGH central block is still in progress