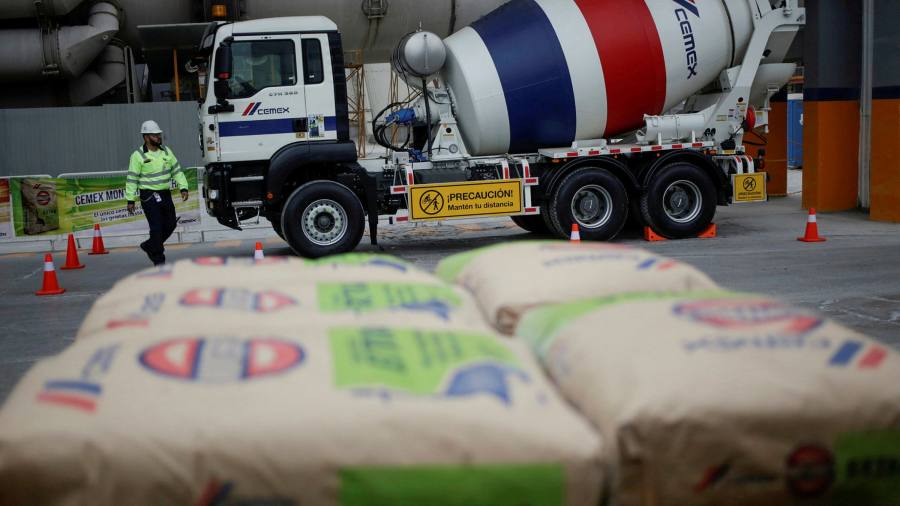 As a key ingredient in concrete, the demand for cement has grown rapidly. The US$1.2 billion infrastructure bill, designed to fund roads, bridges and tunnels, airports and other improvements, will only add to that. Yet the construction industry has few alternatives to concrete, which is fire, weather and pollution resistant, but also strong, versatile and durable.

“We use concrete because it’s a really good material,” says Rupert Myers, senior lecturer in sustainable materials engineering at Imperial College London. Substitutes include stone, brick, steel and wood “but we don’t produce enough of these materials at the moment.”

In short, the cement industry is one of the “hard to reduce” sectors – those that face the greatest challenges in reducing carbon dioxide, directly or indirectly. The production of 10 tons of cement generates about 6 tons of carbon dioxide. An estimated 4.1 billion tonnes were used worldwide in 2020, up from 1.39 billion in 1995.

Over the past two decades, more efficient kilns, increased use of renewable energy and reduced use of clinker, which helps bind cement, have helped the industry reduce its carbon emissions by more than a fifth, says Ian Riley, Chief Industry Officer. the World Cement Association.

Some companies are developing new production methods that are less polluting for the environment. New Jersey-based Solidia, a technology provider for cement and concrete manufacturers, has developed a form of cement that can be cured at a lower temperature than traditional Portland cement.

Where there is no regulation or weak regulation, we have been forced to get involved in the waste management supply chain

Additionally, rather than retaining water during curing – the process that gives concrete its strength – Solidia’s concrete consumes carbon dioxide. “In this case, the water does not react and can therefore be evaporated, trapped and recycled”, explains Russell Hill, group technical director and interim CEO.

Companies are exploring other ways to break the take-make-dispose of production model by using waste as alternatives to clinker – for example, slag from steel mills and fly ash, a by-product of burning coal in power stations.

Holcim, the Swiss cement group, uses fly ash recovered from landfills, which will help clean up these sites and enable their reuse. “It’s a double benefit,” says Magali Anderson, director of sustainability and innovation at Holcim.

Meanwhile, the industry’s search for alternative fuels leads it to waste from municipal and industrial sources. This can provide a more sustainable supply and is often cheaper than traditional fuels, such as coal.

However, transforming waste into fuel requires cement manufacturers to develop waste management capabilities. Holcim has a subsidiary called Geocycle through which it collects waste from industry and municipalities for processing and use in its cement plants.

More stories from this report

For cement companies, the investment needed to achieve this depends on the strength of local waste management sectors – and this is determined, at least in part, by the extent to which regulations limit landfilling and encourage recycling. .

“In Europe, there are well-established players dedicated to waste management and we have long-term contracts with them,” says Vicente Saiso, global sustainability manager at Cemex in Mexico. “But where there is no or weak regulation, we have been forced to get involved in the waste management supply chain ourselves.”

This may mean that cement companies put in place the necessary infrastructure to collect, separate and process waste or form partnerships with local companies to do so.

When appropriate regulatory frameworks, partnerships and systems are in place, the use of waste presents opportunities for cement production to align with the circular economy. “It’s not just about reducing carbon dioxide, but also about building more with less and decoupling our growth from our use of natural resources,” Anderson says.

Holcim is already doing this on a large scale. In 2020, it recycled and reused 46 million tonnes of waste, almost as much as the 47 million tonnes processed by Veolia, one of the world’s largest waste processors.