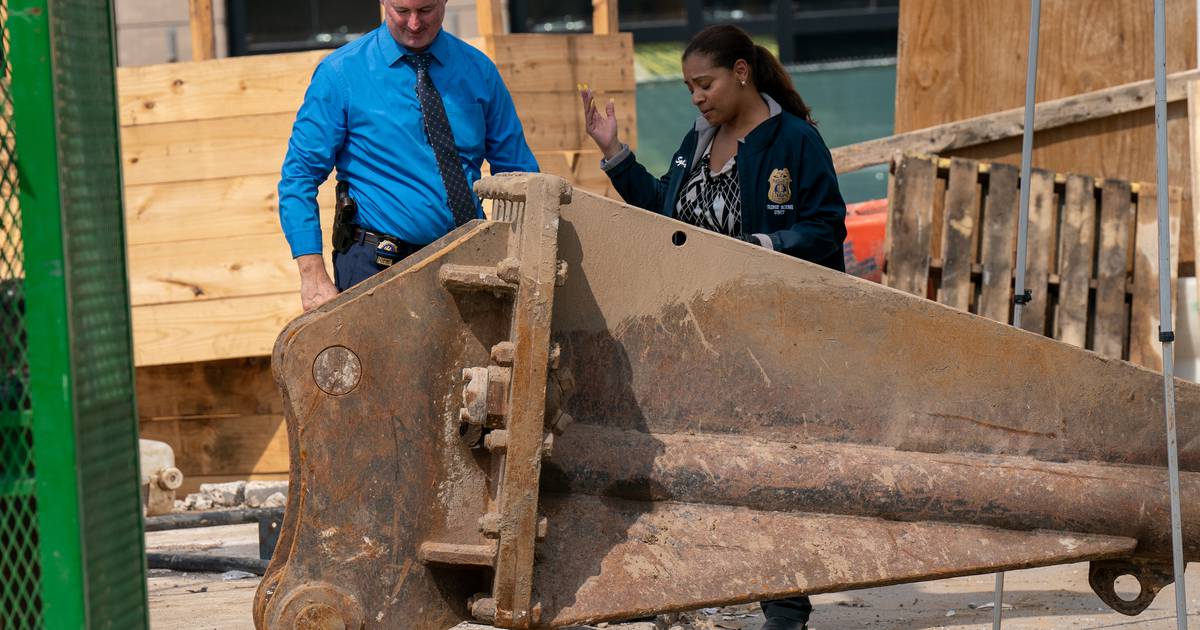 A 46-year-old construction worker was crushed to death when a 2,000-pound machine broke and fell on him at a Brooklyn construction site on Monday morning, police said.

Workers at the apartment complex under construction on Java St. near West St. in Greenpoint were in the early stages of the 14-story project, using an excavator to move pipes, a Department of Buildings spokesperson said.

As the victim secured building materials to the excavator, a large piece of the arm, weighing at least a ton, broke off and fell on top of him, the spokesman said.

The victim died at the scene. His name was not immediately released.

The city’s building department issued a complete stop work order at the site after the fatal crash as the agency, OSHA and police investigate what was wrong, including the possibility that it was caused by the negligence of the site supervisors.

“Nothing is more important than keeping New Yorkers safe, and we will continue to use every tool at our disposal to protect the public, including members of the construction industry,” said the Buildings Department Commissioner Eric Ulrich in a statement.

Five people have been killed in construction-related incidents across the city so far this year, the spokesman said. The figure is down from the same period in 2021, when there were seven deaths.

Construction-related injuries in the city are down 33% since 2018, the agency said.

Formula 1 | Superlicense: Lundgaard is against a waiver for Herta