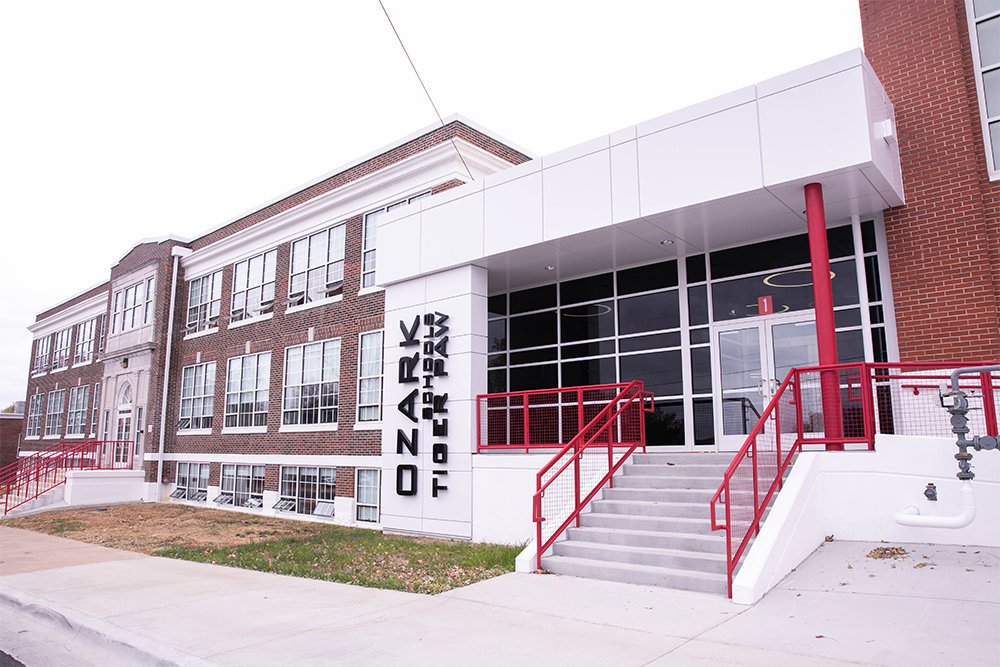 The award was presented at the 38th Annual Salute to Design and Construction Awards Banquet, held tonight at the Oasis Convention Center.

Lead architect for the Tiger Paw project, Melissa Higbie of Esterly Schneider & Associates Inc., described the renovation of a century-old administrative building as “an excellent building reuse” in an interview with Springfield Business Journal last month. .

The team gutted the old administration building and completely remodeled and reconfigured the interior, she said.

Hibgie told SBJ that a renovation project is always more difficult than building from scratch, with challenges removing lead and asbestos and reinforcing the envelope of the existing structure.

She added that seeing the building in use was her favorite part.

“I think the kids loved it,” she said. “They loved the colors, loved the space, the light. You can see it on their faces, how excited they are to be in class.

Higbie praised the team, which she said coordinated effectively during the COVID-19 pandemic to complete the project on time and within the district’s budget.

“When I got here, I really thought the best thing to do was tear it down,” Doke said, noting that ultimately the project turned out beautifully.

Curtis Chesick, assistant superintendent of the Ozark School District, said during a celebration of the building’s opening that students and staff pieced together a photo first taken in front of the building in 1922.

“They almost match each other,” he said.

Superintendent Chris Bauman said history is important to the district, but so is the education of the children who use the building today. The two come together in the Tiger Paw project.

“I couldn’t have been more proud to be part of this project,” he said.

The two finalists for the award were the Greene County Sheriff’s Department and the Wire Road Brewing Co. design teams.

The annual banquet recognizes local leaders in design and construction. Two Salute Lifetime Achievement Awards were given for lifetime commitment to the design and construction industry. The recipients were Dianne Rankin of Morelock Builders & Associates Inc. and Garry DeLong of DeLong Plumbing, Heating & Air.

The Springfield Contractors Association presented the Developer of the Year award to the Ozarks Technical Community College for the Robert W. Plaster Center for Advanced Manufacturing.

The American Institute of Architects presented the Superintendent of the Year award to Clay Alexander with Snyder Construction Group LLC for his work on Hollister Middle School.

Sustainable design: the future of the construction industry