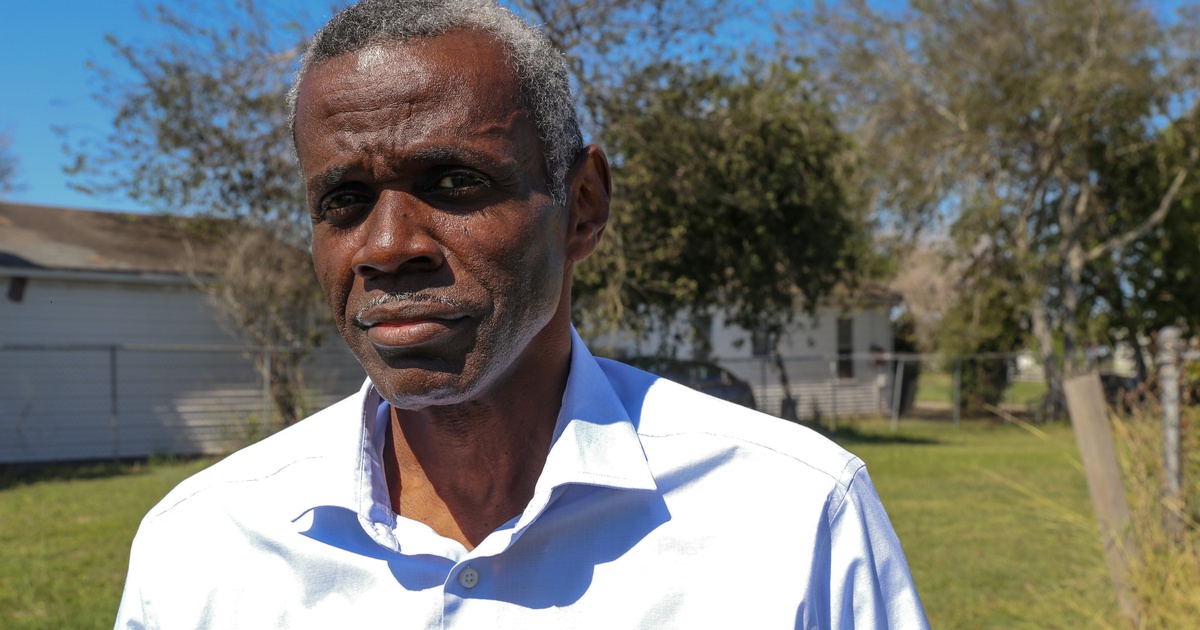 Sign up for The Brief, our daily newsletter that keeps readers up to date with the most essential news from Texas.

The Hillcrest neighborhood in Corpus Christi began as an upscale all-white community in the heart of the city. But after the discovery of oil nearby in 1930, a growing refining industry on the outskirts of Hillcrest caused many residents to seek homes elsewhere. So in 1944 Corpus Christi recommended that Hillcrest be open to blacks.

Over the next few decades, refinery flares and smokestacks appeared in the neighborhood. A highway cut it off from the rest of the city and it became host to the Corpus Christi sewage treatment plant.

But a new civil rights challenge filed Wednesday by Hillcrest residents promises to further delay construction of the plant, which was originally due to start early next year.

“The city is once again sacrificing Hillcrest to meet industry’s need for additional water,” said Pastor Adam Carrington at the Brooks AME Worship Center. “Corpus Christi has proven time and time again that it values ​​profits over the health and quality of life of Hillcrest residents.”

Community groups gathered in the chapel to announce the claim under Title VI of the Civil Rights Act of 1964 against the City of Corpus Christi and its Inner Harbor Desalination Plant, planned on 12 acres in the Hillcrest neighborhood. The complaint called for investigations by the U.S. Department of Housing and Urban Development, the Environmental Protection Agency, and the Department of Justice into allegations of discriminatory practices in Corpus Christi’s treatment of Hillcrest. Title VI prohibits racial discrimination by any program that receives federal assistance.

“We citizens of Hillcrest have endured this for over 60 years,” said Lamont Taylor, vice president of the Hillcrest Residents Association and former director of the Corpus Christi Housing Authority. “Stop this behavior.”

A spokeswoman for the city of Corpus Christi said she was unable to immediately comment on the complaint.

This is the third federal civil rights complaint filed on behalf of Hillcrest residents since 2007. The first prevented the city from installing a second sewage treatment plant in the neighborhood. The second forced the Port of Corpus Christi to fund relocation services for Hillcrest residents in order for the state to build a new road bridge across the community.

Construction of this bridge, originally scheduled for 2020, was halted this year due to design issues, but only after the demolition of several hundred Hillcrest homes.

In the 1980s, residents of Hillcrest sued the refineries that were developing nearby and won a settlement for 100 homes to be bought out and demolished to put space between residents and the toxic industry.

“The exact site where the city plans to locate the Inner Harbor plant was meant to be a buffer zone to separate homes from the refineries,” the 45-page resident complaint states. “This historical context of the location of industrial facilities in the Hillcrest neighborhood as well as the undisputed racial disparities between Hillcrest and the city demonstrate a clear pattern.”

Hillcrest also has one of the lowest life expectancies in the region – under 75. A 2021 study by Nueces County found that life expectancies around Corpus Christi can differ by up to 15 years between predominantly high-income neighborhoods and low-income communities of color, with rates of infant mortality, infant mortality and premature mortality all highest among black residents. .

“If it had been a whiter neighborhood, if it had been a wealthier neighborhood, they wouldn’t have chosen to put this factory there,” said Erin Gaines, a lawyer at EarthJustice, which represents Hillcrest groups in the affair. “The city knows this is a historically black neighborhood that has health and safety impacts due to a long history of segregation, industrialization and divestment.”

The Inner Harbor desalination plant was originally proposed as a way to meet new industrial demands for water. Preliminary plans presented in 2019 indicated that it should be operational in early 2023. But the effort quickly became mired in challenges and delays. The ground has not yet been laid on the project.

If federal agencies agree to open investigations, they’ll likely put the plant on hold — a blow to the city’s increasingly urgent efforts to expand its water supply as new industrial developments seek to build facilities around the city’s growing port – the country’s leading port. for crude oil exports.

The 2007 residents’ civil rights lawsuit challenged the city’s plans to build a second sewage treatment plant in Hillcrest. This resulted in an agreement for the city to demolish the old factory and rebuild it on the same site – a project that has yet to begin.

The 2015 lawsuit challenged plans to build the billion-dollar bridge through Hillcrest, which would allow supertankers to enter and leave what is the nation’s top port for crude oil exports, but would leave the neighborhood entirely hemmed in by massive freeways and the refinery area.

This complaint led the Department of Transportation to put the bridge project on hold until the Port of Corpus Christi agreed to fund an innovative, voluntary buyout and relocation program for Hillcrest residents.

While typical freeway buyout programs pay market value for homes and then evict residents without advice, the program designed for Hillcrest required the port to pay well above market value and provide property advisory services. resettlement.

This program resulted in the demolition of around 400 houses after 2019 and the relocation of their residents. A Texas A&M Real Estate Center study found that “those who stayed were angry at the perceived upheaval of Hillcrest, particularly the loss of a sense of community”, while some residents who moved to more wealthy “felt excluded or intruded upon in their new neighborhoods.”

This year, the bridge project that prompted the moves was halted after a review of plans by Flatiron/Dragados – the same builder of a pedestrian bridge that collapsed in Florida in 2018 – found design flaws that raised the possibility of “collapse under a certain load”. conditions.” The fate of the bridge remains uncertain.

“You have destroyed relationships that have existed for 50 years,” Carrington, a pastor of the African Methodist Episcopal Church, said of Hillcrest’s buyout program. “Something is wrong.”

Despite the demolition, he said, there are still some 40 families, or about 120 people. About 60 people still show up for his services on Sundays, and more than 100 usually log on online. Developers have long planned to turn the neighborhood into an industrial zone, but Carrington said he plans to fight it out.

Disclosure: Texas A&M University financially supported The Texas Tribune, a nonprofit, nonpartisan news organization that is funded in part by donations from members, foundations and corporate sponsors. Financial supporters play no role in the journalism of the Tribune. Find a full list here.