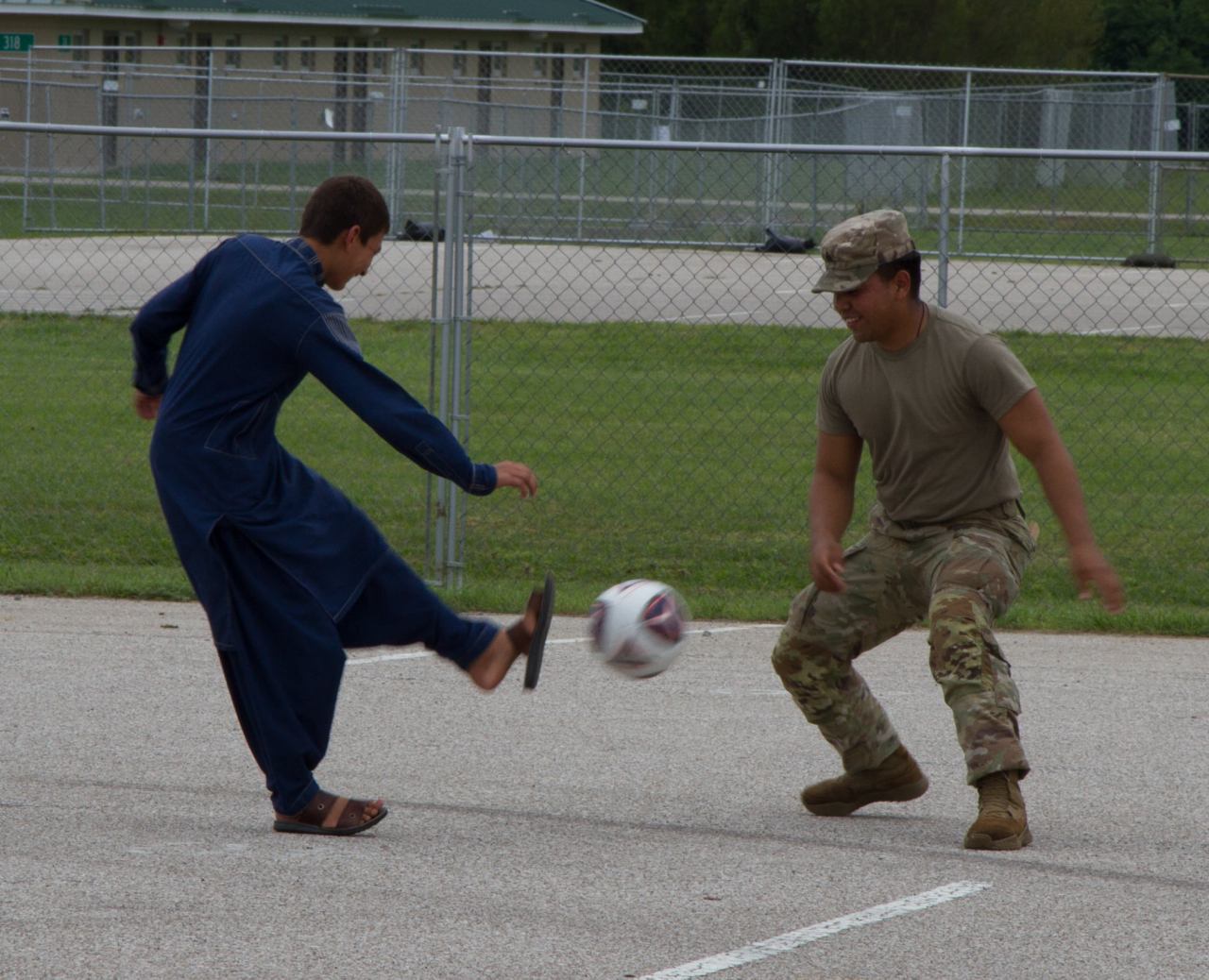 INDIANAPOLIS – Another 130 Afghan evacuees arrived at Camp Atterbury on Sunday. Another 130 will arrive on Monday to join the approximately 6,400 Afghan citizens who have fled their homelands in the past two months in hopes of establishing new lives for their families in the United States.

Hundreds of them could settle in Indiana.

“The most important thing is resettlement, housing and obtaining continued assistance after leaving the camp,” said Imam Ahmed Alamine of the Indianapolis Muslim Community Association. “Because the challenge will really start after they are relocated and first where are they going to relocate, second, once they are relocated, how to navigate life. “

Nearly 50 leaders of the Muslim community met with homeland security officials from the Islamic Society of North America in Plainfield to determine how the wider community can help move evacuees to American life.

“The government does not have to do everything,” Imam Alamine said. “We know the government has done a lot and will continue to do things, but there are things communities need to do to complement what the government is doing.”

“The men and women are separated at the bases and the children tend to be with the mothers,” said Lori Joundi of the Indiana Muslim Alliance. “They try to make sure that husbands and wives and children are sort of in the same area so that they can help each other out and spend time together, but I think sharing most of the burden of work is the hardest part for these mothers. They don’t really have a break. It takes a village to raise children.

40 percent of Camp Atterbury’s Afghan population is under 15, 15 percent under four, and the camp needs around seven thousand diapers a day to meet the needs of a community where the average size d ‘a family is 7.5 people.

Every day, trucks of supplies from across central Indiana as well as Chicago and Michigan arrive at Camp Atterbury with donations from the Muslim and Christian communities.

Evacuees need warm winter coats and clothing, shoes, toys, sporting goods, Korans and other religious supplies to replace what was left in Afghanistan or lost in their flight to Afghanistan. freedom.

A federal contractor recently hosted a career fair in Edinburgh as around 400 people applied for 100 food service and babysitting jobs to serve evacuees.

“They are very independent,” Sister Lori said. “These are not people who expect everyone to do everything for them. They are very capable and they want to learn and I think it is very important to know that they want to be a part of American society to contribute and they are very grateful to start their life over in a safe place.

So far, 21 people have left the base to join their new communities and later this week Homeland Security will release guidelines on how community groups and individuals can sponsor evacuees.

By the end of the week, more than 80% of evacuees will find their papers in order to leave if a sponsor can be found.

23 evacuees tested positive for COVID (most likely captured by Americans on the base according to officials) and were vaccinated. There were no cases of measles.

There have been ten births and one marriage at Camp Atterbury since the evacuees arrived last month.

While applicants for service jobs were told last week that they should expect to work six and seven days a week for a guaranteed six months and possibly more, Aaron Batt, federal program coordinator at Camp Atterbury , said he is committed to serving at the base. at least until the end of the year, when federal officials might consider consolidating some of the country’s eight camps hosting evacuees.

“Everyone goes through a learning curve,” Sister Lori said. “Whether these people are from Kabul or from a more remote area, it’s a learning curve for everyone. They were completely uprooted. The language is definitely going to be an obstacle for those who do not speak English.

“They will be your neighbors,” said Imam Alamine, chaplain of the IMPD. “We want to give them the best impression of Hoosier hospitality.”

Resumption of work on the long-delayed Wesley Chapel exchange project

Manufacturers must embrace digitization for the construction industry