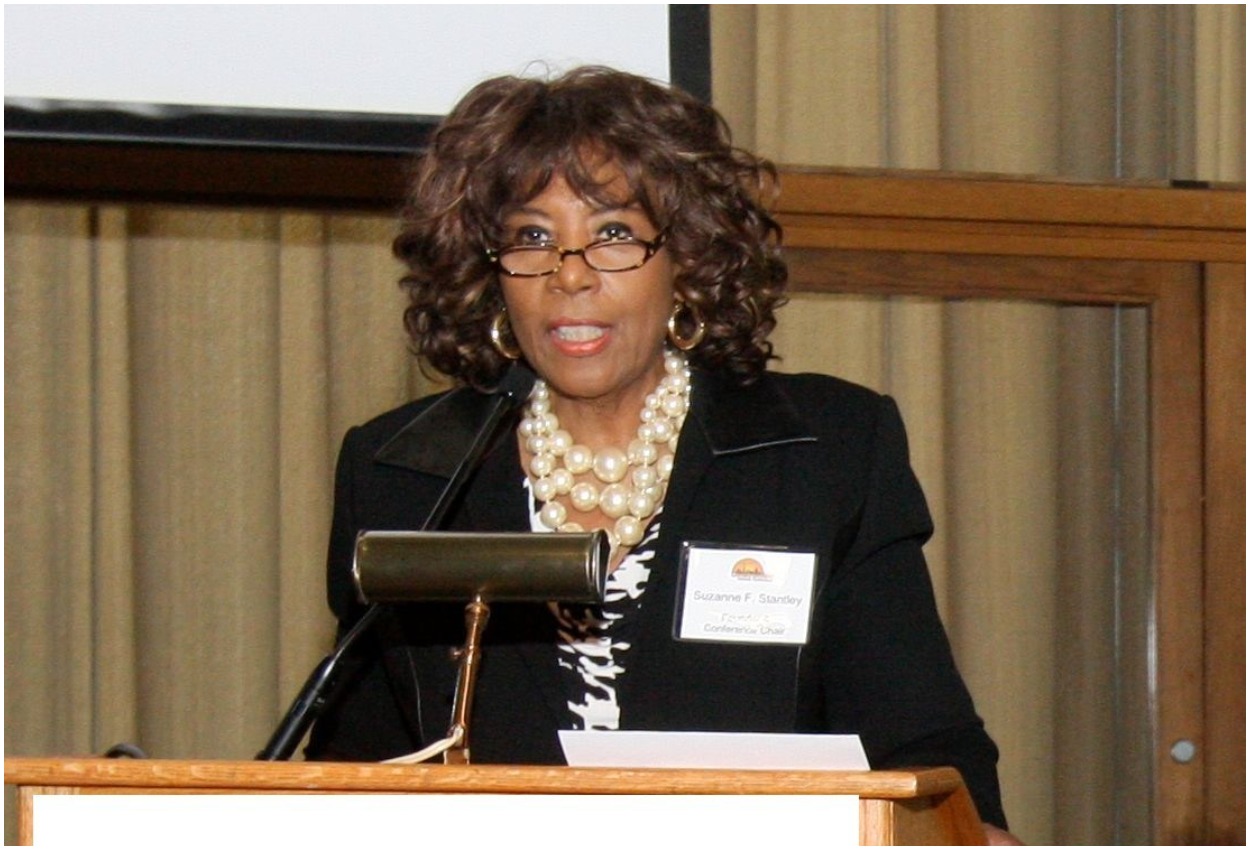 A decade ago, Suzanne Stanley realized that billions of dollars in construction projects were underway in communities across the country and that most African American businesses were not in the loop to negotiate, identify and connect with the right decision makers.

She learned that these companies’ inability to connect was impacting their ability to participate in the American Dream, and she knew exactly what she needed to do. Stanley took him over 35 years as a marketer and turned that into a company that would bring companies big and small together to do business.

His vision was to bring together diverse businesses, government, project owners, major prime contractors, suppliers and buyers where they could network and talk about relationship building. And she named that vision the Construction Industry Conference, which will host its 10th conference virtually later this year, according to a press release.

While executing and planning for the conference, Suzanne launched the contractor development arm of her company, BE Group, which would focus its efforts on helping these diverse businesses build their ability to bid and win contracts. After all, the ultimate goal is to win contracts and generate revenue. She realized that in many states, and especially her home state, Illinois and the hometown of ChicagoAfrican-American businesses received less than 1% of the annual revenue generated by commercial industry.

As she expanded her company’s services, she renamed the concept and named it TOOLS™, Transforming Organizations’ Operations and Leadership Strategies. TOOLS™ helps a variety of construction companies increase their ability to bid, win, and manage construction contracts through business assistance, training, and targeted one-on-one support. She provided her program to the ccity ​​of chicagothe Chicago Department of Aviation and the Illinois Tollway.

TOOLS™ can be implemented in any state, city or municipality and Stanley’s business is for hire. Its services can be purchased by government at any level, whether it is an agency such as a department of transport, a department of housing, or any department that has construction projects and has a mandate to include minority businesses in their projects.

“Typically the big primes, the big companies that win the multi-million dollar contracts, have minority stake targets. Most are unable to find a pool of candidates who understand the inner workings of the commercial industry to win contracts with them to achieve their goals. They are the main purchasers of our services as they are responsible for the inclusion of minorities in the contracts they win. And we are for rent,” Stanley explains.

“Cities across America can no longer sit idly by while billions of dollars of construction are underway and not have minority construction companies involved in these projects. Even before the recently signed massif $1.2 trillion infrastructure bill, many cities were to spend billions on roads and bridges, airports, and a myriad of other types of construction projects. And unless and until various companies better understand what it takes to operate in this space, they will never have access to even a portion of those contracts,” adds Stantley.

TOOLS™ offers its services free of charge to minority construction companies, which typically struggle to stay afloat, so the program seeks its funding from government, contractors, developers and philanthropists to put its services available to minority owners. Although many minority owners may not have earned advanced degrees, their ability to ply their trade is unquestionable. Stantley thinks what they need is what TOOLS™ provides, preparation so they can have a real shot at achieving the American Dream.

Nationally, there are appropriately 750,000 minority businesses generating less than $500,000 revenue per year each. These are the companies we want to support, “by increasing their capacity, we can increase their number of employees by 200-300% and contribute exponentially to improving the lives of everyone they impact”.