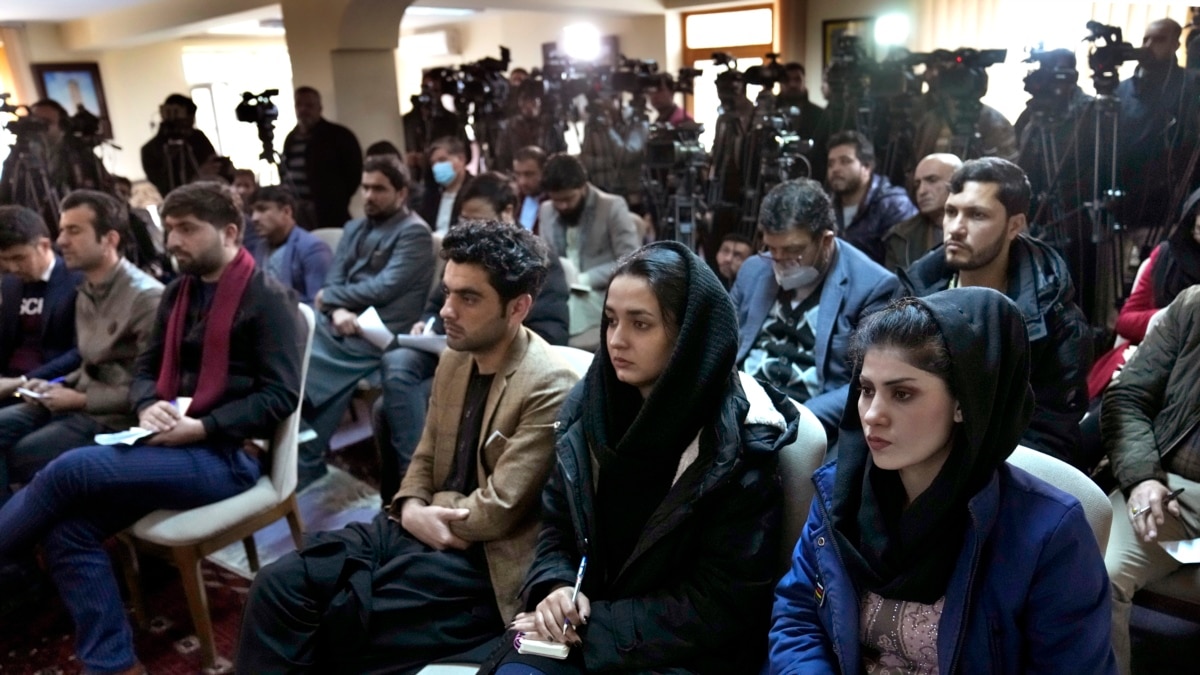 Journalists in Kandahar province in southern Afghanistan say it has become “impossible” for them to work as investigators due to the Taliban’s sweeping restrictions on media and journalists.

“We get threats even for a Facebook post about a stolen bicycle,” said a local media writer in Kandahar who requested anonymity for fear of reprisals, adding that senior Taliban officials “from the government to the district police chief called us, [asking] why we posted the information on Facebook.

The journalist, who worked for several years in the province, described the restrictions imposed by the Taliban as “unprecedented” and said they made it “impossible” for journalists to work in the province.

“They want us to publish only what comes from them,” he said, adding that journalists are not allowed to cover security incidents in the province unless the Taliban want them to. are covered.

Referring to the protest of the inhabitants after the The Taliban shot a woman in Kandahar City in February, the reporter said “the Taliban didn’t allow them to cover the protest.”

“Self-censorship is common,” the editor added. “Topics we cover in the past, we can’t even think of covering now.”

In its annual report, published on Tuesday, Reporters Without Borders (RSF) said that “topics related to religion, the status of women and human rights in general are prohibited”.

The RSF report stressed that the return to power of the Taliban has had serious consequences for “press freedom and the safety of journalists, especially women”, in Afghanistan.

The journalist said that four radio stations and a TV channel had closed in the province after the Taliban took over. He added that due to the Taliban’s ban on news and entertainment, local channels in the province have reduced their programming hours to around four to 12 hours.

A survey by media rights groups found that up to 40% of the country’s media disappeared after the Taliban took over. He noted that around 6,400 journalists, or up to 60% of all journalists in the country, have lost their jobs due to the restrictions and economic hardship imposed by the Taliban.

A Human Rights Watch report released on March 7 said the Taliban imposed “widespread censorship and violence against the media” in the provinces. “The situation for journalists outside Kabul appears much worse than inside the capital, especially for women,” the report said.

Taliban spokesman Zabiullah Mujahid, however, tweeted that the media was shut down due to “their reliance on foreign funding”.

“Currently, we have no journalists in our prisons. When a journalist is called to certain agencies for clarification, it does not necessarily mean imprisonment,” Mujahid said.

A 30-year-old journalist in Kandahar who did not want to be named for fear of Taliban reprisals told VOA that the Taliban had imposed more restrictions on free media in his province.

“Music is banned, we are not allowed to invite women on our shows, entertainment programs are banned by the Taliban,” they said, noting substantial differences between the situation of media professionals in Kabul and those based in Kandahar.

“[In Kabul] access to information is easier. There are journalists and foreign media reporting the situation, but here we have no one.

“No one supports us”

“We don’t know what to do. Nobody to support us,” the broadcaster said, explaining that “when the Taliban detained six journalists in their intelligence headquarters, nobody was there to help them.”

“They say we have to continue our work, but when something happens they shut up,” the journalist said of the international community and media watchdog groups, mostly located in Kabul.

He said they should use their own sources to free their Taliban colleagues.

The journalist also said that if he “finds an opportunity” he would leave the country.

According to a report recently published by theInternational Federation of Journalistsmany correspondents hope to leave the country.

“Many journalists keep a low profile, still hoping to flee the country by any means. Estimates suggest that between 600 and 1,000 journalists have fled the country.

“It was difficult to report under the previous government because of the fighting in the neighborhoods. And now it’s not easy either,” added the journalist, who requested anonymity.

He said that due to the restrictions imposed by the Taliban, it is difficult to travel to the districts for coverage. “If we want to do a cover, we have to get permission and share the subject of our cover with the authorities.”

The journalist said that before Afghanistan fell to the Taliban, journalists faced problems, although “we continued to work independently, without [many] boundaries.”

“But now we don’t see a future in journalism,” he said.

The 2022 World Freedom Index shows the negative impact of the Taliban takeover in Afghanistan, where the country is ranked 156 out of 180 counties, dropping from 122 in 2021.

Crusaders ring the changes for the Western Force