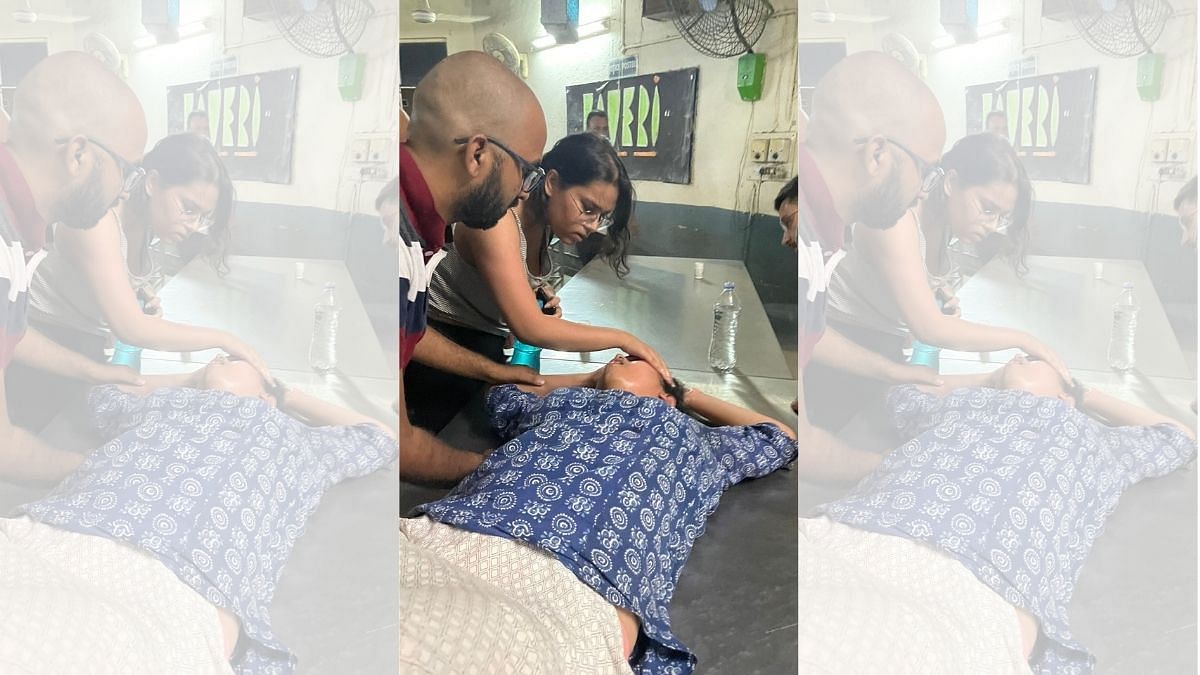 New Delhi: A group of around 30 to 40 workers from Akhil Bharatiya Vidyarthi Parishad (ABVP) allegedly created a row and physically assaulted Jawaharlal Nehru University (JNU) students for cooking chicken at a hostel on campus on Sunday night, on the occasion of Ram Navmi. Five students were taken to hospital for their injuries.

According to students on campus, around 30 students affiliated with ABVP, the student wing of the Rashtriya Swayamsevak Sangh (RSS), had raised objections regarding the preparation of non-vegetarian food in the hostel canteen.

However, the ABVP in a press release claimed that its members had organized a poop on campus, which was disrupted by leftist students.

Among the injured were several members of the All India Students Association (AISA), the student wing of the Communist Liberation Party of India (Marxist-Leninist). One of them, Akhtarista, a master’s student, suffered a head injury after being hit with a brick. Female students have also claimed to have been sexually assaulted.

N. Sai Balaji, a student and national president of AISA, who was on site – the Kaveri hostel – told ThePrint: “One of our student members was attacked with a brick, and others with light tubes, flower pots and sticks”. He also claimed that police officers, including Police Station Officer (SHO), Vasant Kunj North, did nothing despite their presence.

According to the students present, ABVP workers raised objections to the mess providing chicken as part of the Sunday dinner on the occasion of Ram Navmi. It was alleged that these students first asked mess authorities to cancel the food, then also beat up the food contractor who showed up with the chicken and fired it.

ThePrint has attempted to contact JNU spokesperson Poonam Kumari via calls and messages, but has yet to receive a response. This report will be updated once the university releases a statement. The JNU Teachers Association (JNUTA) has sentenced violence “in the strongest possible terms”.

Speaking to ThePrint, Manoj C., Deputy Commissioner of Police (DCP), South West, denied claims that no immediate action was taken, saying the situation was brought under control within 20-25 minutes .

“A PCR (police control room) call was made after the protest turned violent around 8.15pm. The police team reached the place within 15 minutes and tried to calm them down. We will file a case once a complaint has been filed by the university and by both groups,” he said, adding that “appropriate legal action will be taken on the matter.”

“The situation is now under control. There are minor injuries. Five of them were taken to hospital and are recovering well. We have intensified the deployment on campus. The students are now protesting peacefully,” the DCP said. The officer added that students from both sides were injured in the clash, including those who tried to stop the violence.

Statements from the ABVP and the Mess Committee

The ABVP and mess committee released statements, viewed by ThePrint.

The mess committee alleged that “students from outside the Kaveri hostel (non-residents) verbally and physically assaulted members of the hostel committee.”

Adding that the situation continues to be tense, the statement continued, “We request the immediate restoration of normalcy, which includes the pre-decided dinner menu at the Kaveri Inn.”

He also asks the JNU administration to take action against “thugs and rioters”.

On the other hand, the ABVP statement claims that residents of Kaveri hostel had organized a pooja to celebrate Ram Navami, which was to be joined by “a large number of ordinary JNU students”.

“This pooja was supposed to start at 3:30 p.m., but due to the rowdiness created by the leftists, it couldn’t start until 5 p.m.,” he adds.

Referring to how Iftaar was celebrated at the hostel “very peacefully and simultaneously”, ABVP says it “establishes once again the fact that JNU represents a microcosm of Bharat where different identities peacefully co-exist.”

“However, leftists do not digest this fact. Neither in the countryside, nor on campus. While they plan to smash the country, here too they plan to create a ruckus among the students by initiating the issue of “non-vegetarian food”.

(This report has been updated to reflect that several of the students are members of the All India Students Association, not the Students’ Federation of India. The error is regretted.)

Clyde & Co continues to expand its global project and construction offering with the hiring of a partner in Sydney: Clyde & Co