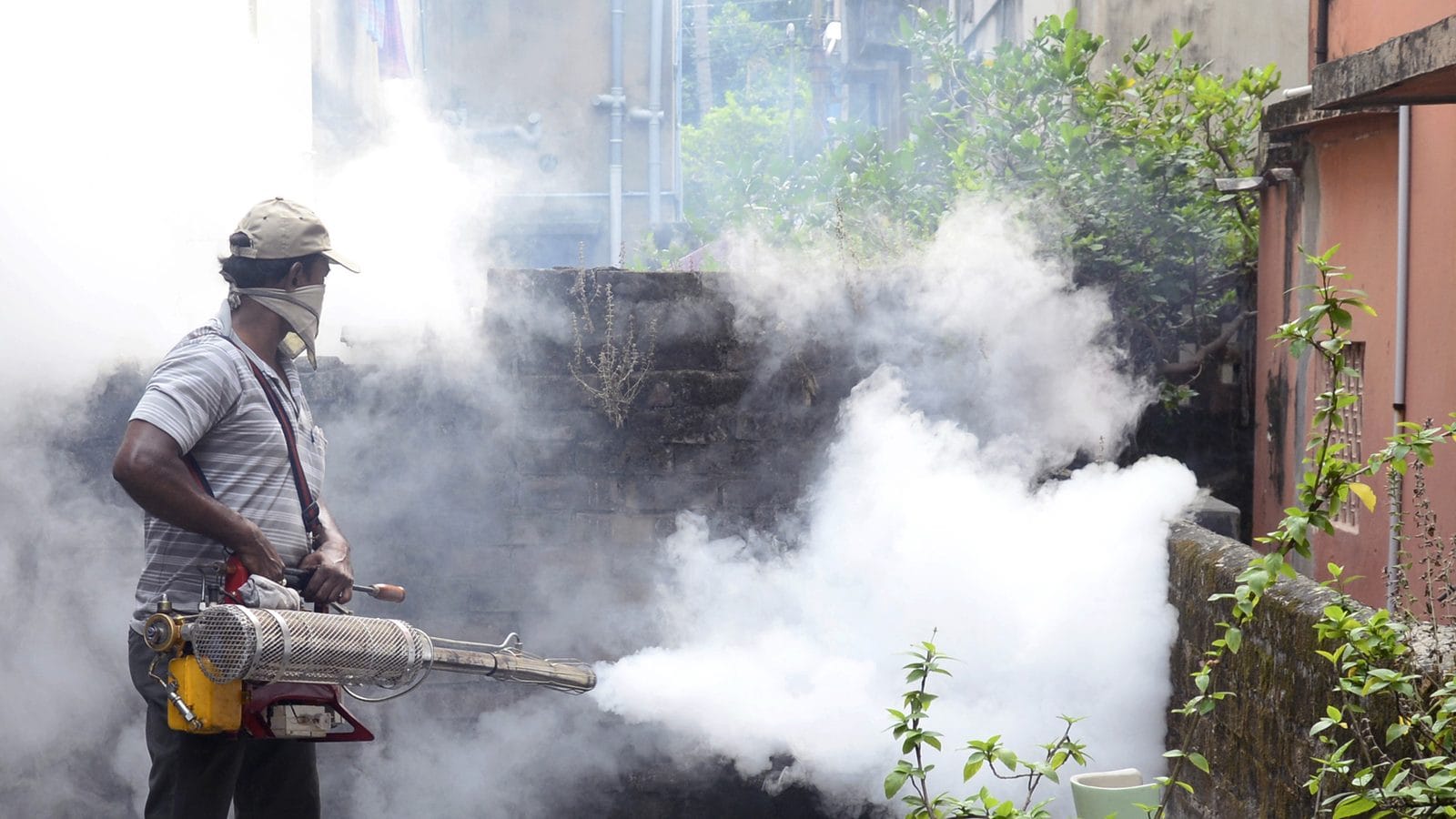 A risk for half of humanity. How dengue fever spreads and why patients should avoid mosquito bites

Amid an increase in dengue cases before the onset of winter, the Center sent experts to nine states to step up efforts to contain the mosquito-borne disease. At a time when the fight against Covid-19 continues, any resurgence of cases of dengue – which shares certain symptoms with Covid-19 – would place an additional burden on health systems. Although the majority of dengue patients only have mild symptoms, the disease can cause serious illness that can lead to death. But effective vector control measures can provide sufficient protection against the disease. Here’s all you need to know.

Where do dengue fever cases spread?

For example, Delhi reported around 1,200 cases of dengue fever in October this year, which is the bulk of the more than 1,500 cases the nation’s capital has counted so far this year. Reports say this is the highest number for the month in the past four years.

According to the data available from the National vector-borne disease control program (NVBDCP), more than 60,000 cases of dengue have been reported as of September of this year by states and UTs with 30 deaths. In 2020, the country had recorded more than 44,000 cases of dengue fever and 56 deaths from the disease.

ALSO READ: What is dengue D2, responsible for hemorrhagic fever, the wave of deaths in UP

What are the causes of dengue?

According to World Health Organization (WHO), dengue cases have “increased dramatically” in recent decades and “about half of the world’s population are now at risk” with around 100 to 400 million infections each year caused by the transmitted viral infection. by mosquitoes. The disease is prevalent mainly in urban and semi-urban areas in tropical and subtropical climates.

india National Center for Disease Control (NCDC) says dengue outbreaks “are more likely to occur after the monsoon, when mosquito reproduction is highest.”

The dengue virus is mainly spread by female mosquitoes of the species Aedes aegypti, which are also the “vectors of chikungunya, yellow fever and Zika viruses”. rapid unplanned urbanization. “The disease is now identified as endemic in more than 100 countries in Africa, the Americas, Southeast Asia and the Western Pacific, with Asia accounting for about 70% of the global burden morbidity, according to the United Nations health agency.

The dengue virus, or DENV, that causes the disease has four distinct but closely related variants known as DENV-1, DENV-2, DENV-3, and DENV-4. Although healing from infection with one of the serotypes is “believed to provide lifelong immunity to that serotype,” it still leaves the patient susceptible to the remaining three variants, meaning that an individual can potentially be infected four times. times by dengue. The WHO adds that “subsequent infections with other serotypes increase the risk of developing severe dengue.”

What are the symptoms?

“Classic disease with sudden onset of high fever, severe headache, severe muscle and joint pain, rashes and other hemorrhagic manifestations and leukopenia”, the last of which occurs when there is a decrease in the number of white blood cells, putting a patient at risk of infection.

The NCDC states that the incubation period for dengue is typically 5 to 6 days after being bitten by an infected mosquito, although it can vary from 3 to 10 days. The WHO adds that symptoms of dengue can range from a subclinical illness, where people “may not even know they are infected”, to severe flu-like symptoms. complications associated with severe bleeding, organ damage and / or plasma leakage “.

The Union Health Ministry notes that only 10 percent of dengue cases are complicated and mortality rarely exceeds 1 percent. The WHO points out that severe dengue, or dengue haemorrhagic fever (DHF), “presents a higher risk of death when not managed properly.” American countries.

How is it spread?

The NCDC notes that mosquitoes “usually acquire the virus by feeding on the blood of an infected person” and, after an incubation period that lasts between 8 and 10 days, an infected mosquito can transmit the virus to humans for the rest. of his life. Humans are the primary host for the virus, although monkeys do get the infection in some parts of the world.

As public awareness campaigns on dengue prevention point out, dengue mosquitoes can breed in standing water, and community-based approaches to prevent unnecessary water accumulation and cleanliness can go a long way in preventing them. dengue epidemics.

The WHO adds that patients who have tested positive for dengue fever should “avoid getting bitten by other mosquitoes during the first week of the illness” because the virus can circulate in the blood during this time. “can transmit the virus to new, uninfected mosquitoes, which in turn can infect other people.”

What about diagnosis and treatment?

The WHO notes that there is no specific treatment for dengue fever and that the symptoms can be treated with the use of anti-fever drugs and pain relievers to relieve muscle pain. “The best options for treating these symptoms are acetaminophen or paracetamol,” he says, adding that nonsteroidal anti-inflammatory drugs, such as ibuprofen and aspirin, should be avoided.

While the US CDC notes that a vaccine to prevent dengue fever called Dengvaxia is licensed and available in some countries for people aged 9 to 45, the WHO recommends that it be given to people “with an infection. earlier confirmed by the dengue virus ”. Sanofi Pasteur, the manufacturer of the vaccine, said in 2017 that “people who receive the vaccine and have not previously been infected with a dengue virus may be at risk of developing severe dengue if they contract dengue after having been vaccinated “.